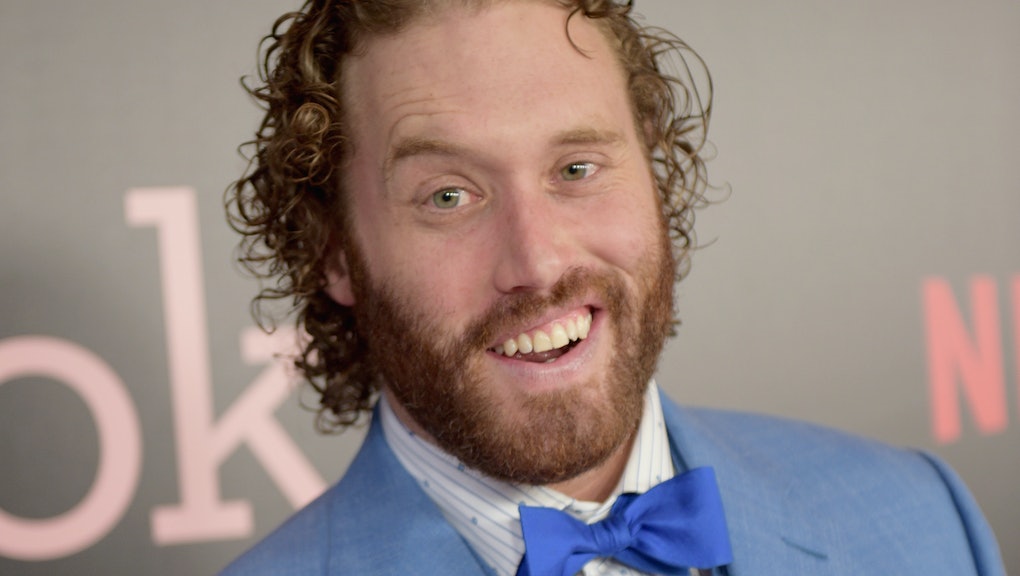 A former girlfriend of actor and comedian T.J. Miller (Silicon Valley, Deadpool) has come forward with allegations that he sexually assaulted her on multiple occasions.

Speaking to the Daily Beast, the accuser, referred to throughout the story by the alias “Sarah,” alleged that the activity occurred while the two attended George Washington University. Sarah’s accusations include stories about Miller punching her while they had sex, such that she suffered a fractured tooth and a beat-up lip. Sarah alleged that Miller dismissed her accusations, telling her at the time “that she had simply fallen down drunkenly the past evening.”

On another occasion, Sarah alleged Miller choked her during sex without her consent.

“We started to fool around, and very early in that, he put his hands around my throat and closed them, and I couldn’t breathe,” Sarah said. “I was genuinely terrified and completely surprised. I understand now that this is for some people a kink, and I continue to believe it is [something] that should be entered into by consenting parties.”

Sarah alleged that even after Miller stopped choking her, he continued assaulting her in other ways.

“He pulled me back to bed and more things happened,” Sarah said. “He anally penetrated me without my consent, which I actually believe at that point I cried out, like, ‘No,’ and he didn’t continue to do that — but he also had a [beer] bottle with him the entire time. He used the bottle at one point to penetrate me without my consent.”

The Daily Beast spoke with sources close to Sarah who confirmed some details of her stories. On one occasion, a former housemate of Sarah’s, Katie Duffy, said that she and another housemate heard “loud, violent sounds” in the room next to them. The next day, Duffy recalled seeing bruises on Sarah. Duffy and her other roommates offered to take Sarah to the police or the hospital, “given how she looked.”

In a joint statement, Miller and his wife, Kate Miller, denied the accusations, characterizing them as an attack motivated by Sarah’s contempt for their relationship.

Sarah started to “circulate rumors online once [my and Kate’s] relationship became public. Sadly she is now using the current climate to bandwagon and launch these false accusations again,” the Millers said, referencing the #MeToo movement. “It is unfortunate that she is choosing this route as it undermines the important movement to make women feel safe coming forward about legitimate claims against real known predators.”