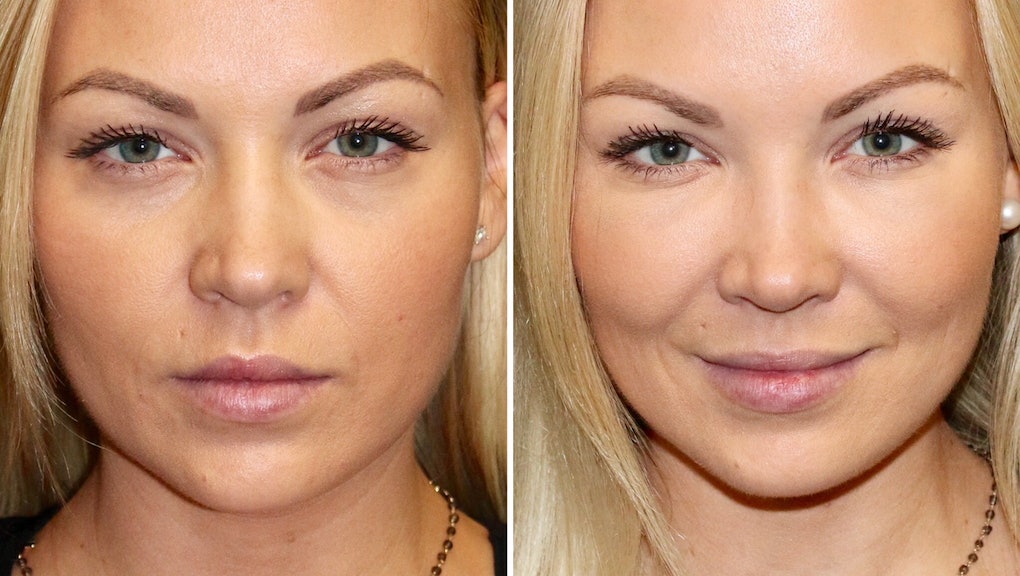 Just how revolutionary is stem cell injectable facial rejuvenation? Here’s what you need to know.

For a certain set, names like Juvederm and Restylane are as ubiquitous as Wheaties and Puffins. The former are two of the most popular brands of non-surgical fillers, a procedure favored by celebrities including Kelly Ripa, Kylie Jenner and many a Real Housewife.

And while the popularity of fillers continues to accelerate (it’s expected to be a $50 billion-plus industry by 2020), traditional fillers have little biologic effect on tissue and cellular health, whereas fat alone (it has stem cells in it) or fat with added stem cells from the same person produce biologic effects such as improving the blood supply and adding back tissue to the patient, thereby slowing the rate of decay.

“Every company has a product that emulates the other one, but none of the fillers, with the exception of Sculptra and possibly Bellafill, have any real biologic activity,” FacesPlus plastic surgeon Dr. Steven Cohen said in an interview. “I can’t even figure out what the new fillers are.”

And that should be telling, considering he wrote one of the preeminent textbooks on fillers in 2009. “It’s going to be very hard for fillers to advance because to make them biologically active means altering their composition and this will require FDA studies that are very time consuming and take years,” he added.

Cohen has been working for nearly 15 years to master an injectable tissue replacement technique that actually puts back in the same tissues that are decaying, thus, restoring volume to the face while improving blood supply and improving the condition of the tissues. “This is a distinct advantage of using injectable tissue replacement therapy,” he said. “It does not replace fillers, but it is the only thing I am aware of that actually improves tissue health and reduces the rate of decay. The filler water is starting to get very bloody because there’s so many fillers, a patient can’t make sense of them.”

So can stem cell technology in injectable facial rejuvenation become the alternative that helps us age backward? That is the question at the center of Cohen’s research, which concludes that, over time, this can indeed be a long-term solution to rapid aging.

“The initial concept was to use these stem and regenerative cells from fat that were known to reduce inflammation and improve blood supply in patients who had heart attacks. It was thought that if we injected these cells into the coronary artery that had been blocked, we would salvage more muscle and prevent instability of the tissue that led to serious rhythm abnormalities and to congestive heart failure.”

According to Cohen, a lot of the earliest studies were looking at more medical issues such as burns, radiation injuries, etc. “Over the last five years, I’ve evolved to using injectable tissue replacement as a technique to replace lost fat in the appropriate size and anatomic structure to the compartment(s) that demonstrate fat loss.”

What is it going to take in order for this to gain widespread acceptance? “We have had to make simple kits that enable physicians to easily use fat as they would a filler,” Cohen said. “Moreover, industry is interested in the fact that we are making disposable kits. For one, they are safer since it is hard to clean small cannulas and two, consumables make this more appealing for industry to market.”

Okay, but does it work? I decided to talk with one of Cohen’s patients before and after her recent surgery. “Before the procedure, I had concerned about the recovery time and the amount of pain during and after surgery,” the patient said in an interview. “Most fear was in regard of the final result. Would I be able to recognize myself? Would my face be all puffy and swollen? I wanted a very subtle result.”

What was the surgery itself like? “I was not expecting it to be a long and very painful surgery, however, it lasted longer and I was somehow very discomforted during the procedure,” she admitted. “Nothing too crazy,” she said, adding, “I must say that I am not tolerant at all to pain.”

Is she satisfied? “I am now nine days post surgery and I am really pleased with the results,” she said. “The area where I had liposuction are still sore and I still have some bruising under my eyes but I can easily cover them. My face looks rejuvenated and plump which is exactly what I wanted. I am very satisfied.”

So what does this mean for the future of anti-aging? “We’re at a really exciting time because we’re starting to scientifically address our gradual tissue decay by replacing these losses as they occur versus waiting until our tissues are broken down and we need more extensive surgery,” Cohen said. “And now you have all these fillers for volume, but none are really very capable of improving tissue health. With techniques like the one we developed, injectable tissue replacement with fat, we may be changing the way we manage facial aging.”