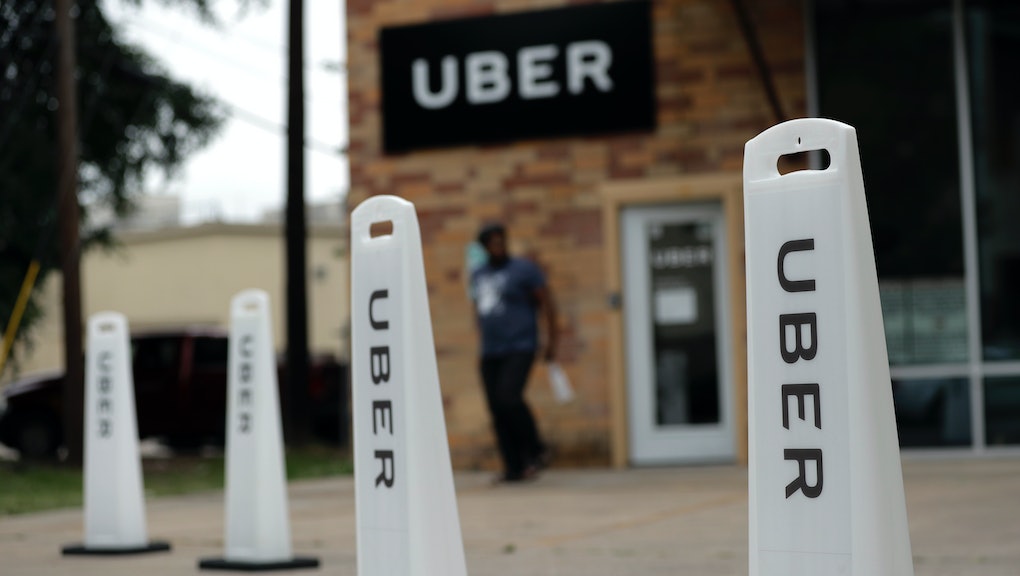 The GOP tax bill could create a nation of freelancers

Republicans in Congress just passed the biggest tax overhaul in decades, and in doing so, may have just accelerated one of the more concerning trends in the U.S. labor market — the shift toward workers becoming freelance contractors.

A set of provisions in the tax bill concerning the treatment of lower-wage independent contractor positions could create big incentives for employers and employees alike to fundamentally upend the relationship between workers and businesses.

When the tax bill was first being negotiated, Republicans agreed to prioritize lowering the corporate tax rate from 35% to somewhere around 20%.

That change was good for corporations, but not necessarily good for small businesses. Many small businesses pay taxes as though they are individuals, using the federal individual tax rates that most people pay, which can go as high as 39.6%.

Sen. Ron Johnson (R-Wis.) noticed the discrepancy early on, and in November argued that those smaller businesses — so-called “pass-through” entities — will need some kind of tax relief so they could compete with bigger corporations.

The problem for Senate Republicans was if they lowered the rates for pass-through businesses, they could potentially incentivize workers to simply start calling themselves a pass-through business. That would open the door to a world where many could get a big tax break.

So lawmakers decided to try and fix the problem by giving certain pass-throughs a big tax deduction, but set a bunch of rules for who would qualify for that deduction, and how.

In doing so, they created a whole new set of issues.

Under the new rules, pass-through businesses are given a big 20% tax deduction. But that deduction is limited in a number of ways. For starters, any pass-through entity that makes more than $157,500, or $315,000 for business owners filing jointly, will have their deduction capped at 50% of their total payroll.

In addition, certain types of service businesses — like lawyers, accountants and essentially anyone else who trades on their professional knowledge — will not be allowed to claim the deduction if they make more than $157,500 as an individual or $315,000 filing jointly.

But both of those limits only apply to people making more than $157,500 per year. What that leaves is a huge chasm for any business earning below the $157,500 level, which is automatically entitled to the full 20% tax deduction.

Enter the gig-economy, and America’s growing sector of freelance workers.

Under the new law, independent contractors who calls themselves a “sole proprietor,” and who make less than $157,500 individually or $315,000 filing jointly, would be eligible for the full 20% tax deduction.

So, say for example you’re a taxi driver who is thinking about joining one of the many new ride sharing apps like Uber or Lyft.

You know you could make about $40,000 a year driving. But if you were to sign up with a company like Uber and call yourself a “sole proprietor,” instead of becoming a regular employee at a taxi company, you would be eligible to take a tax deduction of about 20% and pay taxes on only $32,000 (your total pretax income, minus 20%). This could create a major incentive to become an independent contractor.

Of course, as an independent contractor, you would need to buy your own health insurance. That could get pretty pricey, especially with the Republican tax bill repealing the individual mandate for health insurance. Some estimate this could raise health care costs by as much as 10%.

But the math may still work in your favor.

But the final version that made it out of committee has scrapped that change, allowing independent contractors to continue to deduct their health care premiums.

Another provision that limits deductions for things like home offices and personal business expenses was limited to only those who are employees of big companies. In the bill that passed through Congress, independent contractors may deduct those expenses.

The result: a huge incentive for workers to convert to independent contractor jobs — especially if they can receive benefits like health care through a partner or parent.

Ironically, Republican lawmakers crafted this complex set of rules with the intent of trying to disincentivize employers from farming out their employees to be independent contractors.

“They claim they lowered the threshold to try and discourage employers rolling their employees out to be independent contractors and, in fact, it’s the opposite,” said Anne Zimmerman, a CPA and the co-chair of Businesses for Responsible Tax Reform. “They’re thinking backwards.”

“Your Uber driver is really making out, he’s going to get the full benefit. So is your [freelance] writer. She’s in good shape.”

That might seem like a win for those workers who want to lower their tax bill. But looking at the big picture, that’s not necessarily the case, as there are many ways in which a system that encourages workers to become independent contractors could end up screwing workers in the long run.

For starters, there are big benefits to being a full-time employee that may not be immediately clear to workers looking to lower their tax bill. Benefits like workers compensation, life insurance through work, access to a work pension plan or 401(k) and the ability to join or start a union are all contingent on being a full-time staffer.

A tax system that shifts individual incentives toward expanded use of freelance and contract agreements could prove detrimental to workers in the long run, who would never see these benefits, and their ability bargain collectively or make use of federal worker protections would be limited.

Also, a large-scale shift toward freelance work could completely upend the labor market as we know it, and push both workers and employers into uncharted new territory.

The shift could also drastically reduce federal revenues. Based on 2014 figures, around 97% of all workers make below $157,000. Not all of those workers could be in a position to become independent contractors, and therefore eligible for the 20% tax break. But many are.

If even a fraction of eligible workers converts to contract workers, the federal budget could take a major hit.

In other words, the tax bill could upend the fundamental structure of the U.S. economy, incentivizing workers to change their employment status for short-term gain at the expense of long-term job protections and funding for key social programs.