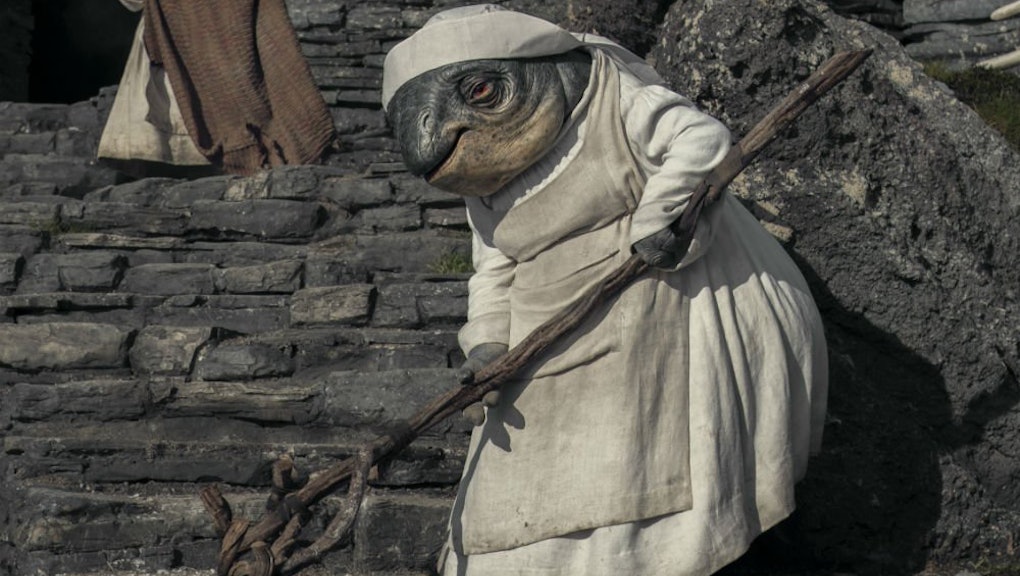 The internet is finally rallying around the true heroes of ‘The Last Jedi’: The fish nuns

Yes, we know when Star Wars: The Last Jedi comes up, everyone wants to talk about that scene with Kylo Ren’s chest or those godforsaken porgs with impossibly giant eyeballs.

But as Vulture pointed out recently, The Last Jedi also features a far superior group of creatures worth your attention. Two words: Fish nuns.

Luckily, the Star Wars fandom — those not signing petitions to have the movie scrapped from the face of the Earth, of course — are finally spreading the good word. These slimy gals are The Last Jedi’s true icons worth celebrating.

In case you need a refresher, the fish nuns — who’re officially called Caretakers — live on Ahch-To, the planet where Rey (Daisy Ridley) finds Luke Skywalker (Mark Hamill) at the end of Star Wars: The Force Awakens. And what makes them so great is their aggressive disinterest in anything anyone in the entire film — especially its main character, Rey — is up to.

In fact, the fish nuns just spend most of their time cleaning up after her. Their very existence feels like a sort of cheeky response to the criticism that big-budget blockbusters spend so much time blowing stuff up and thoughtlessly murdering thousands of people, with nary a thought given to the aftermath of those events.

So, as Rey trots around Ahch-To, having feverish visions of the future, the exhausted, annoyed little fish nuns have to trail behind her with a cart of brooms. While Rey wrings her hands over her parents, the Caretakers are still cleaning up the rubble from whatever eons-old temple she just blew a hole through.

What have porgs done to contribute to the ongoing struggle between good and evil, anyway? Nothing. At least the fish nuns are keeping Ahch-To in check.

And for god’s sake, Rey, clean up after yourself.