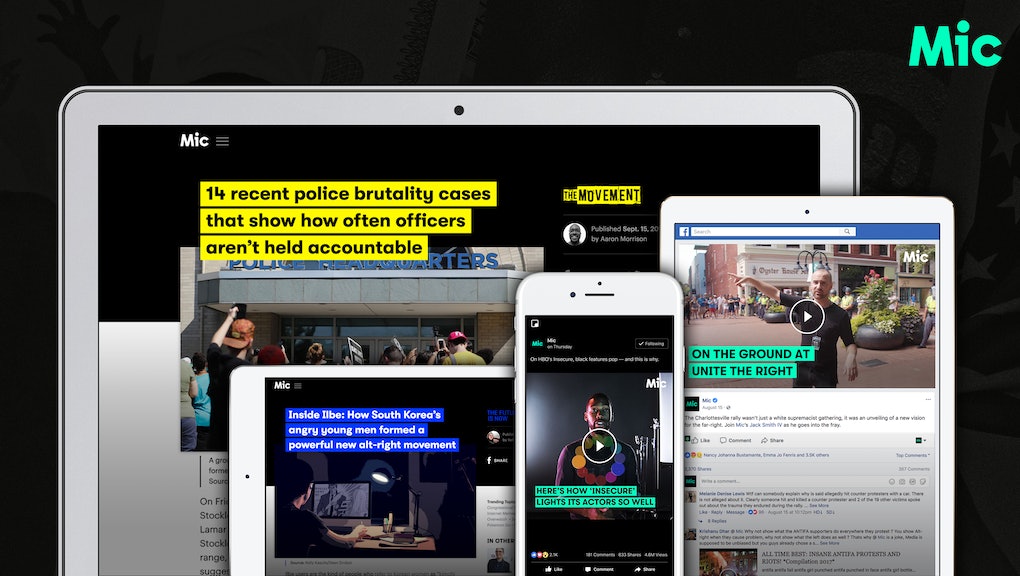 We’ve had a lot to be grateful for in 2017. Even an abbreviated list of our best coverage should fill you all with enormous pride: Aaron Morrison’s insightful look into the mind of Dylann Roof; Jack Smith’s coverage of political movements (his J20 and Muslim ban protest coverage, in particular) that led to the groundbreaking work from our first correspondent team; our Hillary Clinton interview (with sharp questions from our senior team); Rachel Tepper Paley’s reporting on the sexual harassment charges against Johnny Iuzzini; Rachel Lubitz’s illuminating weekly look at What Melania Wore and fascinating explainer on a financial burden of having larger breasts; Xavier Harding’s breakthrough explainer on Insecure’s cinematography; James Dennin’s early coverage of the scourge of bail bonds, and his investigation with Will Drabold of how many members of Congress don’t pay their interns (90%); the powerful video we produced with Time on the story behind a viral opioid overdose; Zak Cheney-Rice’s look at our broken promises to the Havasupai reservation; Will Drabold’s essential NTA newsletter; and a slew of amazing gets — the Sanders roundtable, Alice Johnson, an NSC scoop and an incredible Fyre Fest expose — thanks to the indefatigable Jake Horowitz.

We’ve also had our challenges, and had to make some hard choices about what just wasn’t working, and what we could no longer focus on. That did, however, refine our understanding of what we do well, what we should do more of moving forward — and most importantly, who should help lead that charge.

As a result, we’ve decided to streamline our coverage around four straightforward areas: Culture, Politics, Lifestyle and Opinion. Our channels map directly into these areas, and so do our key beats (from race in America to political extremism; emerging artists; and meaningful travel). And within them, we’ll be focusing more on formats that we know work. As an example, our video strategy will increasingly focus on correspondent-led videos and Opinion videos. We have moved quickly away from fast-churn news video since this summer; with this, we’ll move away from those entirely.

To make this happen, I’m very happy to announce that we’re promoting some very key people:

ERIN EVANS, editorial director (culture): Erin, who has managed the Movement team with uncommon thoughtfulness, good judgment and spectacular ideas, now oversees an expanded culture news team edited by Kyle McGovern that will end up producing stories for Slay, Strut and Hype, along with the The Future is Now team. She will continue to oversee the Movement team, but daily editing duties now fall more to Zak Cheney-Rice, who will continue to write whenever possible. Also under the expanded Culture team: Alexis Kleinman, Evan Ross Katz and Xavier Harding, who all will be spending much more of their time as video correspondents.

KEVIN DOLAK, editorial director (politics): Kevin, now officially on staff, takes over an expanded Politics team. Kevin is an editor’s editor, and his ideas and strong judgement have made him a critical leader at a hugely important political moment. We’re thrilled he’s here. He also will be hiring a deputy politics editor — send your best candidates his way.

SARAH SINGER, executive producer: No one has influenced our video strategy in the past year more than Sarah. Her pirate ship tests not only helped define what works for Mic, they’ve launched countless imitations by our peers. And she’s built an incredible team that will be in charge of innovating all of our correspondent coverage moving forward while also leading a new charge into lifestyle video, working closely with Steph Wu. With this change, Sarah becomes the executive producer for all video except for Opinion, in charge of consistency and executing strategy.

STEPHANIE WU, editorial director (lifestyle): In less than a year since Steph joined Mic, she’s launched Out of Office as a distinct voice in Travel and Food, with mini-franchises like Hidden Histories, My Happy Place and Road Trip Diaries (which snagged a big sponsorship earlier this year). She’s also flexed a strong news muscle, with smart looks at how to really decide when a monument is worth protecting; why Bibles are in hotel rooms; how certain gay destinations came to be; and of course the Iuzzini coverage. In her new role, Steph oversees OOO and Payoff, and works closely with video and sales to hone winning strategies for both. Relatedly: We’re excited that Susie Poppick, who has built Payoff into a critical outpost for money news, becomes a Payoff columnist and will also do associated correspondent work on money issues, working closely with Steph on coming up with Payoff franchise ideas.

Marc Paskin, our director of talent and casting, who has been essential as we grow our correspondent coverage, will take a more robust daily role. All correspondents will follow a dotted line into Marc, who will help guide them on story ideas and performance, and therefore work very closely with Sarah Singer.

Our news team members will join our Culture news team and our Politics teams, with more specific beats. This will happen over the next week.

Cooper Fleishman’s video team will continue to transition in the coming weeks toward correspondent work; look to Cooper and Sarah for more details.

Along with Jake Horowitz, whose Opinion team continues to dazzle every day, this team leads us into 2018 and beyond. We know they’ll deliver.

Please join me in congratulating them. Bring any related questions you have to the 2 p.m. editorial meeting.