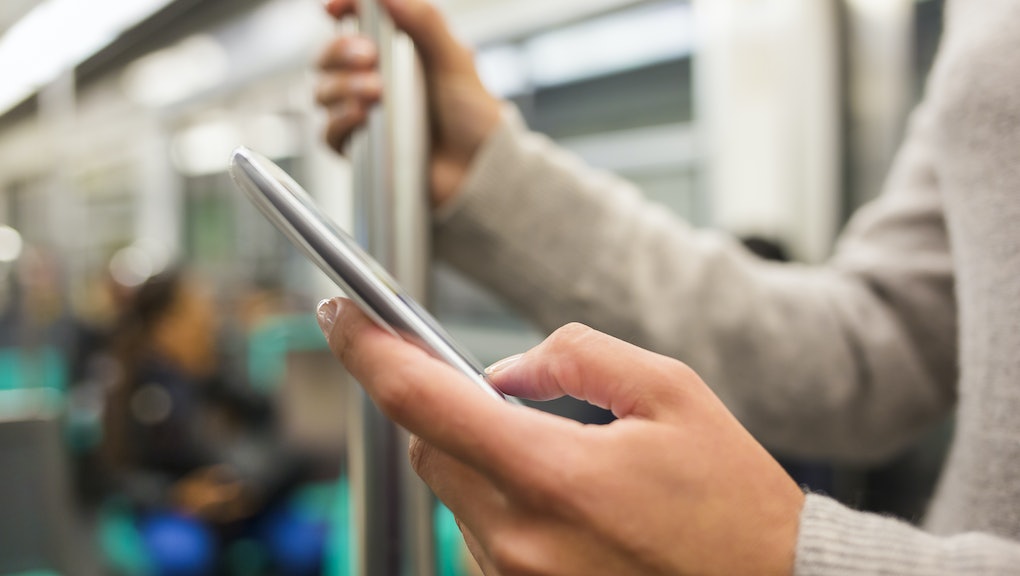 Morning sickness, swollen ankles, frequent food cravings, standing on public transportation when no one offers you a seat: These are just a few of the struggles pregnant people face. But in Tokyo, pregnant commuters might have an easier time finding a seat on packed subway cars, thanks to a new feature being tested in Line, a popular messaging app.

In December, Line began testing a new feature where pregnant subway riders can easily connect with Line users who have indicated they’d be willing to give up their subway seats, France 24 reported.

Though Line isn’t widely used in the U.S. or Europe, the social networking app is extremely popular in Tokyo. It has approximately 217 million monthly active users.

Here’s how the new feature works: A pregnant woman indicates on the app that she needs a seat. Once she is matched with a user who previously agreed they would give up a seat, the woman is shown a seat map that reveals where her match is sitting.

“Many people are also looking at smartphone screens and do not always realize quickly that someone in need is standing nearby,” a spokeswoman involved in the project told France 24. “We try to take advantage of the situation.”

In New York City, the Metro Transit Authority (MTA) took a different approach: Pregnant riders could wear official “Baby on Board” pins to let fellow subway riders know about their condition, the New York Times reported in May 2017. The pilot program appears to be ongoing, and people can still request buttons through the MTA’s website.

The beauty of the Tokyo transit system teaming up with Line? Pregnant mothers don’t need to go to great lengths to broadcast their condition to others, and subway riders who already use Line don’t need to download yet another app. It’s a modern solution to an age-old problem for moms-to-be.