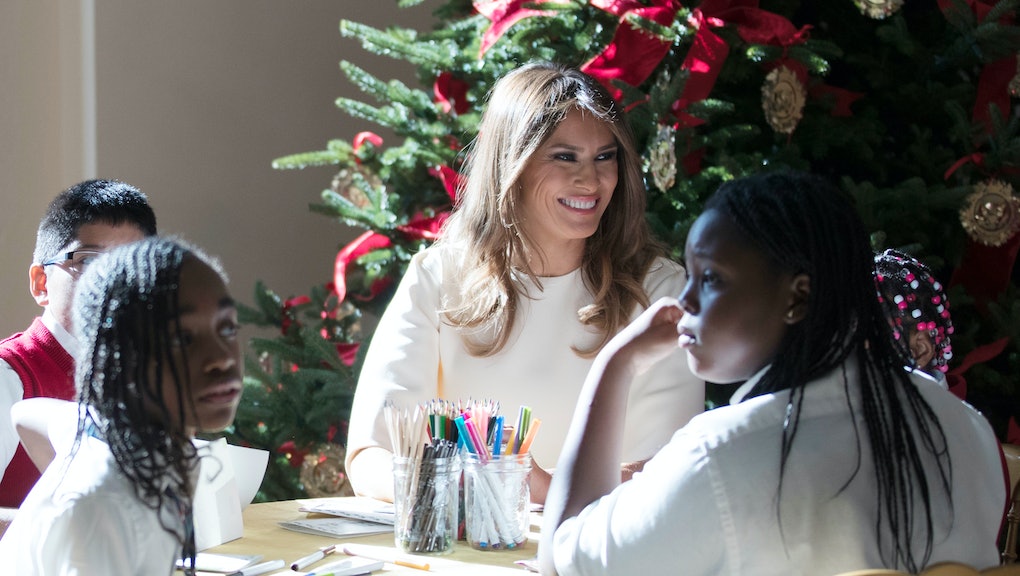 There is actually a very logical reason for Melania Trump’s absence this week. According to the Palm Beach Daily News, Trump and her son have been tucked safely away into the confines of southern Florida and, more specifically, Trump’s husband’s sprawling Mar-a-Lago club these past few days.

What has she been wearing? Hopefully she’s been rocking some flats for a change, or sweatpants. Or maybe she’s rocking an official Mar-a-Lago T-shirt with her hair tied up inside of a Make America Great Again hat. Or maybe she, like us, has been in pajamas for the last week.

On the other hand though, if she is involved in the planning of Mar-a-Lago’s super swanky New Year’s Eve bash, which reportedly has guests paying $750 per ticket, maybe she’s been bouncing around in some business casual while checking out centerpieces.

Who knows? We don’t!

Honestly as long as she’s not basking in the boiling Florida sun with a coat hung on her shoulders, we’re happy for her.

Maybe next week, with all those Christmas festivities we’re sure she’s planned too, she’ll reappear once more.