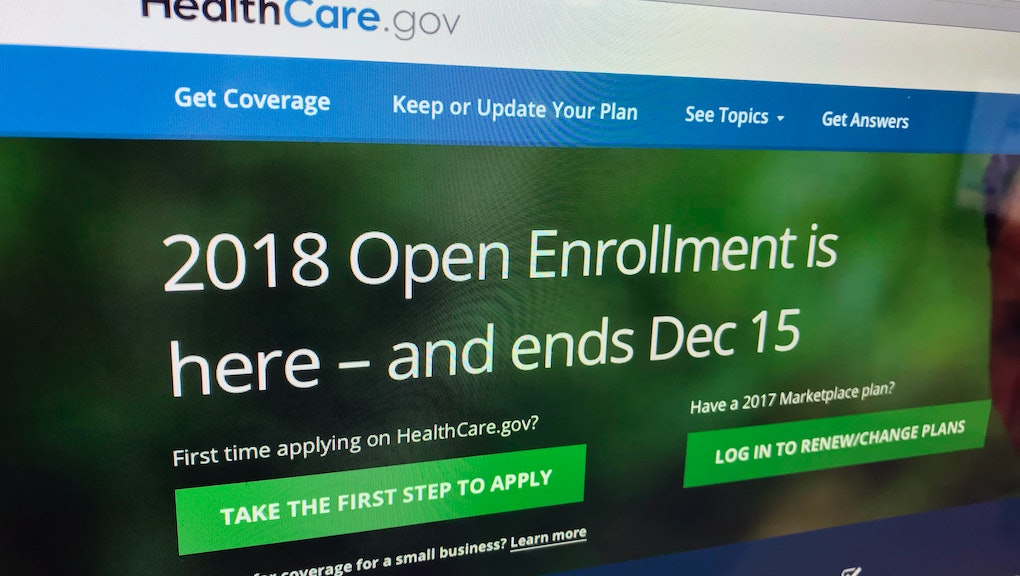 Nearly 9 million people signed up for health care coverage through the exchanges created by the Affordable Care Act — despite President Donald Trump’s efforts to undermine the law.

The 8.8 million Americans who signed up for coverage through HealthCare.gov nearly matches the number of sign-ups in 2016, according to Politico.

And that robust number comes despite the fact that the Trump administration shortened the open enrollment period and cut funding used to advertise signing up to the public.

On Wednesday, Trump boasted about how the tax bill the GOP passed repealed the ACA’s individual mandate — a key tenet of the health care law that seeks to incentivize younger and healthier people to buy insurance, bringing the cost down for the older and sicker people in the insurance pool.