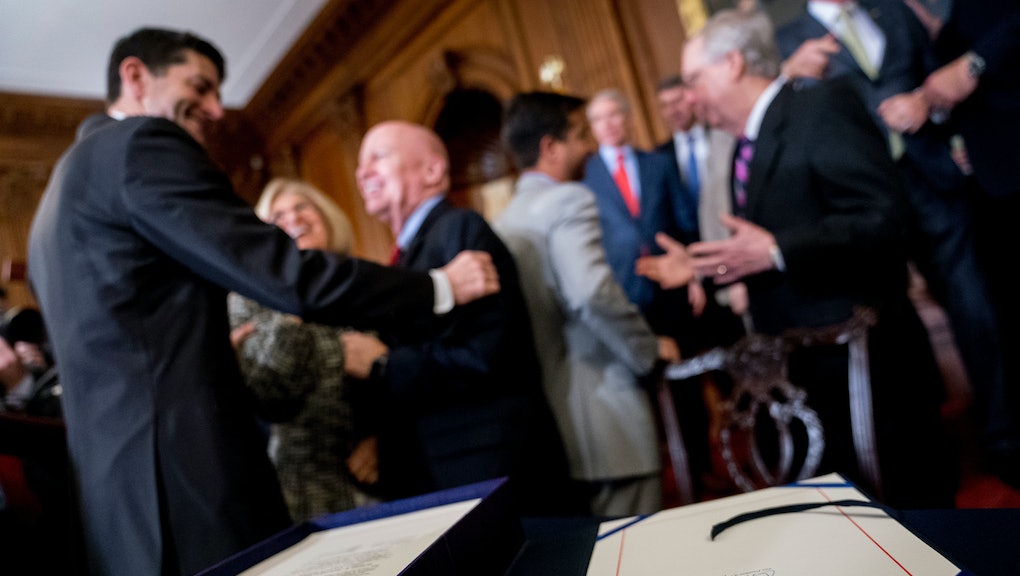 One of the most appreciated effects of the GOP’s new tax legislation is it’s potential to completely upend the relationship between employers and employees.

A series of provisions in the tax bill incentivize employers and employees alike to convert workers to freelance laborers. The shift could undermine the system of employer-provided benefits and worker protections.

Under the new tax code, freelance workers will receive considerable deductions that won’t be available to traditional laborers — a difference in tax treatment could accelerate the already precipitous growth in freelance labor in the U.S. economy.

Even before the tax bill passed, freelancers were on track to become a majority of the U.S. workforce over the next decade. This bill could make that a reality even sooner.

An increase in dependence on freelance labor would likely mean an economy where employees have less access to employer-provided benefits, like health care, retirement plans, workers compensation and the right to start or join a union.

Now, a new analysis from the Brookings Institution shows just how much workers who remain employees will lose at every level by not becoming freelancers.

“The tax bill is a big tax cut for corporations and also for pass-through businesses and much less of a tax cut for wage-earners,” Adam Looney, an economist at at Brookings. “And so the incentive is really clear, that you’re better off being self-employed or a freelancer, and not an employee.”

According to Brookings’ analysis, an employee who earns $65,000 will pay $2,330 more per year in taxes than a person who becomes self-employed.

That’s before factoring various other tax benefits, like the deduction for home offices, that will soon be available only to freelance workers and not employees.

The overall effect is likely to be a shift towards an economy where workers are increasingly treated as contingent independent contractors who are not entitled to any of the workplace protections that Americans expect at their jobs.