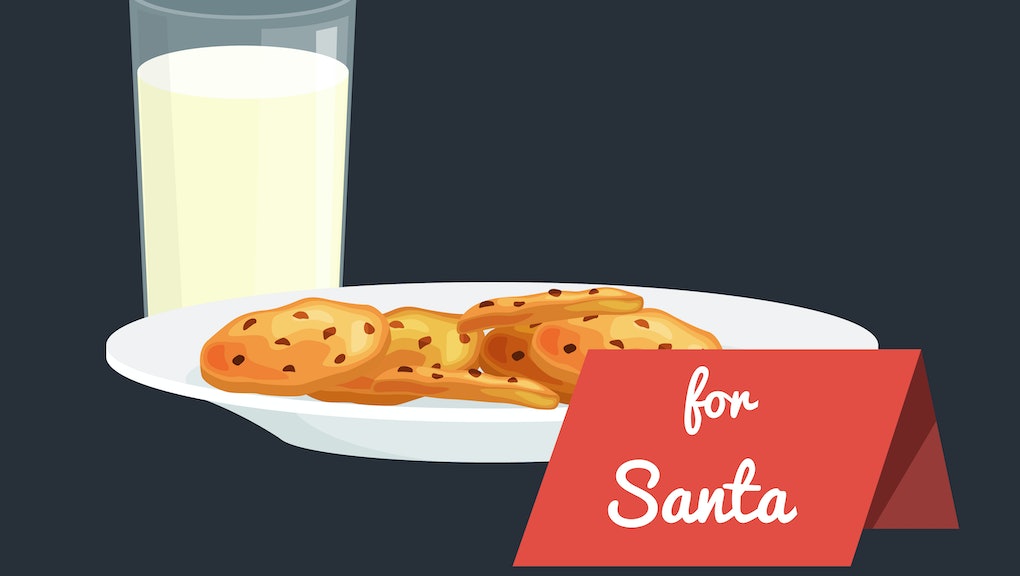 From cookies to carrots, here’s what children around the world put out for Santa

Santa Claus is about to embark on a mission to deliver presents to everyone on the “nice list.” And to keep him fueled up on his journey, families will put out snacks for the cheerful Christmas hero to nosh on.

But not every family leaves a plate of fresh chocolate chip cookies for Santa — the traditions around St. Nick vary from culture to culture. Here’s a look at Santa’s eats around the world.

Christmastime means it’s hot Down Under in the southern hemisphere. Many Australians spend the holiday going to the beach. Since it’s too hot for milk, some people leave out beers for Santa.

The Danes often feast on Christmas Eve with a traditional dinner of roast duck that’s stuffed with apples and prunes. Typically, families put a portion of rice pudding on the roof for Christmas elves. And the next day, leftovers from the pudding get transformed into “ris á l’amande,” a rice pudding that has cherry sauce and slivers of almonds. A single whole almond gets put in, and the diner who discovers it gets a present.

No macarons for Santa in this country — it’s tradition for children to fill their shoes with carrots or apples meant for the Christmas donkey. The donkey, Gui, allegedly pulls Santa’s sleigh. Gui means “mistletoe,” and legend has it that Gui would come down through the chimney with Santa.

Sláinte! In Ireland, people leave out a Guinness for Santa. Hopefully the big man from the North Pole can hold his liquor. Some families also leave out mince pies. Each family undoubtedly has its own recipe for this hand pie that has a flaky, pastry outside that holds a festive mixture of beef, raisins, currants, apples, almonds and spices.

Santa shouldn’t expect any noshes in the land of beer and sausage — it’s customary for German children to leave notes for Santa on Christmas Eve instead. (However, some send their notes in the mail ahead of time, just like children in the U.S..) West of Berlin, there’s a real Santa’s post office where children from many countries can send letters, and residents often answer the letters with handwritten notes.

There are no snacks on Christmas Eve in Argentina — it’s not until Jan. 6, known as “Three Kings Day,” that children leave their shoes outside or under the Christmas tree to be filled with gifts by the three Magi, or the wise men. Children often leave hay and water for the Magi’s horses.

Presents come early for children in the Netherlands. A large celebration on Dec. 6 in honor of St. Nicholas’ Day means that children receive small presents from Sinterklaas. As a treat for Sinterklaas’ horses, many Dutch kids will leave carrots and hay in their shoes on Dec. 5.

Children don’t give snacks to Santa in Ghana, but if he’s flying through, he might get a whiff of traditional Christmas dinner of goat, vegetables and soup.