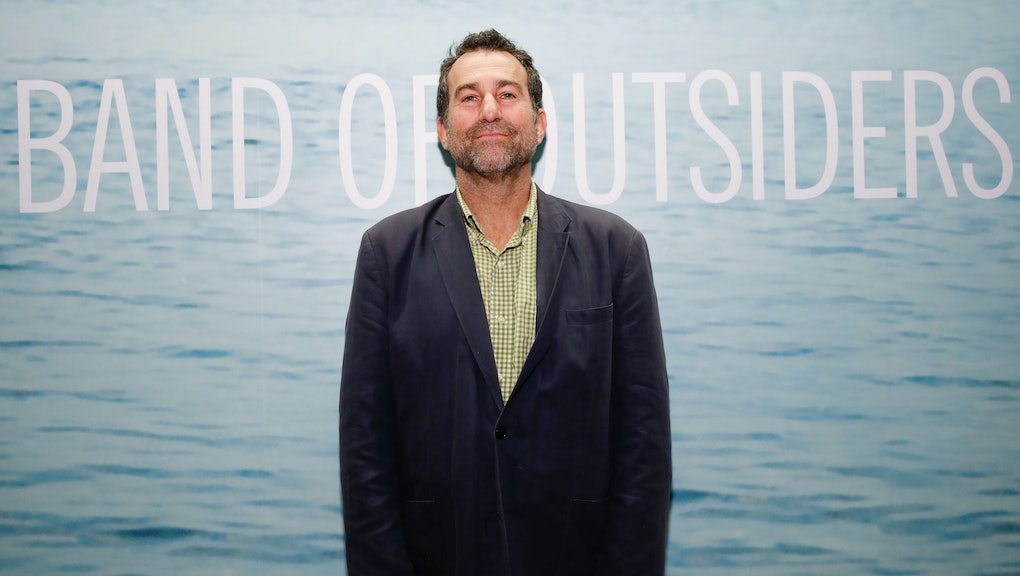 My six weeks with Ken Friedman: Reckoning with the idea that we knew, but couldn’t act

“No one should be surprised,” chef Tom Colicchio tweeted in response to sexual misconduct allegations against Mario Batali. The whisper of “we’re not surprised” has become a common refrain, from the likes of Anthony Bourdain, restaurant critic Pete Wells and restaurateur Jen Agg, as reports of sexual misconduct bring down some of the most powerful figures in the restaurant industry.

It might sound frustrating that so many knew, yet didn’t act. I’m among this group: When the New York Times reported that 10 women had accused Ken Friedman, my former boss, of unwanted sexual advances, I was anything but surprised. I knew restaurant culture was toxic, but I did not understand the vast extent. I have been sexually assaulted in the past, but I didn’t know almost every woman I knew could say #MeToo.

I worked for Ken Friedman and April Bloomfield’s restaurant group, Biergarten LLC (now called Friedfield Breslin LLC), in 2014. By then, I had spent many years working for male chefs, restaurateurs and grocers. Some had a total disregard for their employees, like one boss who refused to say hello or acknowledge me socially or professionally, even after I had worked for him for several years. Another male employer had a gigantic ego and was known for pushing his female employees up against walls and assailing them with lewd comments. (I’ve worked for a few wonderful men too, but this story is not about them.)

This was why the idea of working for Bloomfield, a talented and inspiring woman chef, seemed so promising: Surely, things would be different in her restaurants, I thought. I was hoping for a more humane environment. Not soft and fuzzy — I love the adrenaline and intensity of a busy restaurant — just fair.

I knew I wanted to work in restaurants the first time I ate at Babbo, Mario Batali’s temple to Italian food in Greenwich Village, in New York City. I was 14 and angsty; we had just moved and I hated my new school. My mom thought a night out might cheer me up, and she was right. There at the bar, in a crowd of downtown cool, I had an epiphany with my first bite of beef-cheek ravioli, pasta yielding to the meltiest, meatiest beef beneath a shower of pecorino and black truffles.

I read Kitchen Confidential and Heat, two books that didn’t shy away from the dark, aggressive side of restaurants. I was not deterred. Part of me saw the machismo as an extra challenge. I was tough, too.

I went on to study anthropology in college in New York City, but on nights and weekends I worked at some of the city’s best restaurants, hosting, bartending, serving, flipping giant wheels in a cheese cave. I completed a rigorous restaurant management training program in Los Angeles, and then managed a fine-dining spot in Philadelphia. I wrote restaurant reviews and chef profiles for food sites. When I got a job from my cheese hero Steven Jenkins at Fairway Market, I started behind the cheese counter and ended up as the director of communications.

He courted me over a series of lunches and dinners at the Spotted Pig and the Breslin. His first idea was that I could be his personal blogger, but after meetings with his team, we decided I would also be in charge of communications and social media for his restaurants. (Editor’s Note: When contacted by Mic about the author’s allegations in this story, a spokesperson for Friedfield Breslin responded with the statement: “She was neither hired nor terminated by Ken Friedman and was employed for less than six weeks.”)

On my first day at work, I helped Bloomfield prepare and choose her shoes for the James Beard Awards that night. I didn’t attend the event — when I asked, I was told there was not a ticket for me.

Early the next morning, Friedman called to berate me for not attending the ceremony, where Bloomfield had won the award for best chef: New York City. When I explained, Friedman said I should have figured out a way to attend anyway. He called me an idiot. He hung up in a rage.

In the office that I shared with Friedman and Bloomfield’s assistants, there were a whole lot of tears. Friedman would be charming and amiable one minute, only to burst into a screaming tirade the next. He fired people on the spot when he felt like it, for no apparent reason. Many of the assistants only lasted a few months. The rumor was that if you left on good terms, your career in the restaurant business would be made. I heard rumors of Friedman’s sexual harassment — unwanted texts and touching. Get on Friedman’s bad side, and he would blacklist you.

My job with Friedman and Bloomfield was a dream job. I met cool women reporters and editors from publications I dreamed of writing for. I chatted with David Chang. I ate Brooks Headley’s veggie burgers out of brown paper bags with Questlove. I got to meet Danny Meyer, one of my idols, and hang out in the tiny kitchen of the original Shake Shack.

It lasted about six weeks.

“It’s just not working out,” a manager told me (not even Friedman or my direct boss, the director of operations).

“Why?” I was shocked. Six weeks was barely enough time to mess up.

“It’s not working out,” he repeated. It was like a bad breakup. But getting fired was a relief.

I was yelled at for things I had no control over. I was mocked. I was another discreetly crying woman in the office. I didn’t feel like I had the power to speak up.

I was yelled at for things I had no control over. I was mocked. I was another discreetly crying woman in the office. I didn’t feel like I had the power to speak up. I was new and at the mercy of Friedman — it was made clear that he, not Bloomfield, was my boss.

As for Bloomfield, she issued an apology after the New York Times story broke that said, in part, “in meetings with my partner, I lectured, and I demanded, but now I know that it wasn’t enough.” It seems that she wasn’t particularly surprised, either.

Bloomfield preferred to stay in her realm, the kitchen. This is the lore of how Ken and April met — they were introduced by the celebrity chef and accused sexual harasser Mario Batali. From the Guardian:

Bloomfield flew out to New York, which she had never visited before, for an interview. A little to her surprise, this consisted of a 10-hour marathon during which she and Batali and Friedman ate at some of the city’s best-known restaurants, among them the Union Square Cafe, the Carnegie Deli and Batali’s own Babbo. No doubt Batali was impressed by Bloomfield’s appetite. Mostly, though, it was her war wounds that pleased him: a missing fingernail, scars on her arms. “It means she’ll sacrifice her body,” Batali is supposed to have said. “She’s a star. I can tell.” They offered her the job.

This story is telling. Bloomfield could hang with the guys. She could eat, she could throw down and she could cook her heart out even when her own body was peripheral damage. This is what the boys club equates with chef-ness. This is the test she passed. It seemed a not-so-subtle message to women in the industry that they must follow the same steps if they were to succeed. If you could put up with cruelty, if you could be “one of the boys,” maybe you too could get a foot in the door. Also, it doesn’t hurt to have a male partner and copious funds from connected male investors.

As someone who has worked in the food industry for a dozen years, the flood of stories and allegations since Harvey Weinstein has been horrifying but not shocking. The past weeks have been cathartic yet triggering — and ultimately hopeful.

The dam has broken. We are telling our stories. I have resolved to no longer keep quiet. As a writer, I will do everything I can to empower others to speak up. This is but a start. We have a long, long way to go.

The culture must change. We must condemn misogyny in all its forms, pay women fairly and leave behind the whispers of “we weren’t surprised.” We will say what we know. When we are horrified, we will act — even if it means no longer visiting some of our favorite restaurants. Last year, I celebrated a milestone with those beef-cheek ravioli at Babbo. It’s going to take a serious transformation for me to return.

Hannah Howard is a food writer who lives in New York City. Her memoir, Feast: True Love In and Out of the Kitchen, is coming out in 2018.