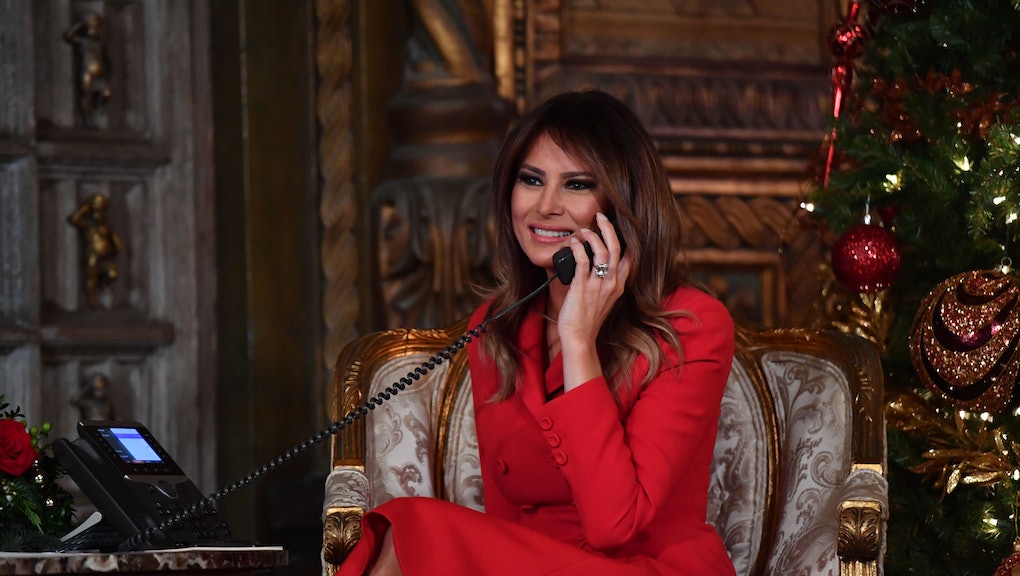 After not appearing at all last week, given that she was in Florida for most of it, Melania Trump reappeared a few different times this week, all in the spirit of the holidays at Mar-a-Lago.

On Christmas Eve, Trump and her husband took part in the custom of calling children who are tracking Santa Claus’ movements with the North American Aerospace Defense Command’s own Santa Tracker.

For that event she wore a distinctly holiday-inspired bright red coat dress by a still-unconfirmed designer, which looks very similar to the Dior suit she wore in France earlier this year, along with patterned Louboutin stilettos.

Sunday, Dec. 24: A black dress with crystal detailing for church

Later that night, she slipped on a black sleeveless dress with crystal detailing and a flair at the knee for a Christmas Eve church service in southern Florida. The dress is from a still-unknown designer as well.