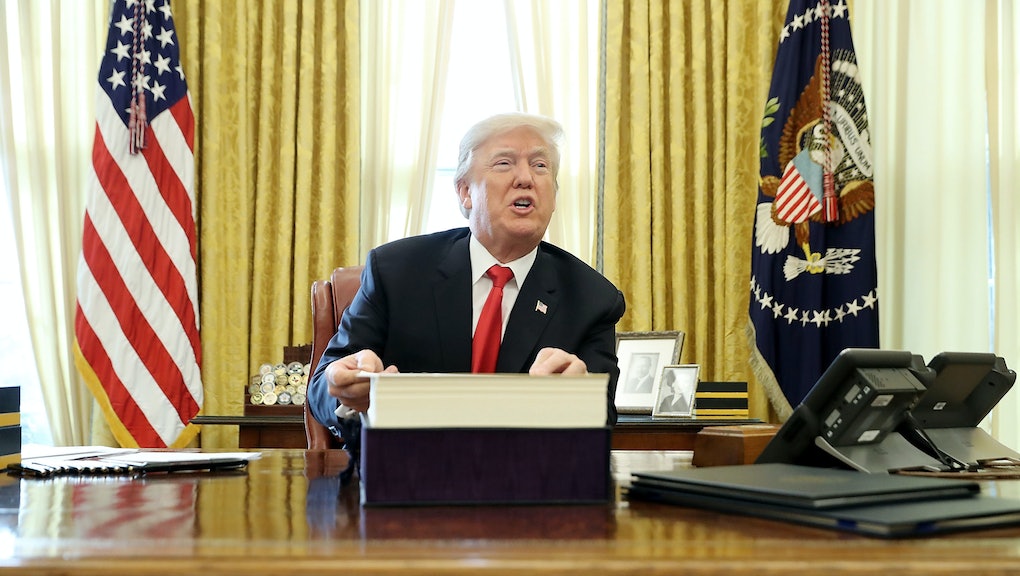 President Donald Trump on Thursday tweeted about the cold spell leaving much of the northern part of the United States frozen, joking that the record low temperatures are proof that global warming doesn’t exist.

“In the East, it could be the COLDEST New Year’s Eve on record,” Trump tweeted late on Thursday. “Perhaps we could use a little bit of that good old Global Warming that our Country, but not other countries, was going to pay TRILLIONS OF DOLLARS to protect against. Bundle up!”

But even non-weather experts — including Jersey Shore cast member Vinny Guadagnino — know that one cold front doesn’t prove that global warming is fake.

That’s because weather is not climate. NASA explained this in a 2005 blog post:

Weather is what conditions of the atmosphere are over a short period of time, and climate is how the atmosphere “behaves” over relatively long periods of time.

Despite this one cold front, average temperatures across the globe are rising.

And while one chunk of the U.S. is experiencing low temperatures, the temperatures across the rest of the globe are actually more mild than usual.

Just a day before Trump’s tweet, the meteorologists at Capital Weather Gang — the Washington Post’s weather forecasting blog — warned their readers not to listen to those who say the cold snap was proof that global warming doesn’t exist.

“U.S. to be coldest region in world relative to normal over next week,” the Capital Weather Gang tweeted. “Please note rest of world will be much warmer than normal lest anyone try to claim pocket of cold in U.S. debunks global warming, which they will invariably and irresponsibly do.”

This isn’t the first time Trump has tweeted that global warming isn’t real.

He’s called the phenomenon a “hoax” created by the Chinese.

And he’s filled his Environmental Protection Agency and Interior Department with people who have denied climate change and actively worked to diminish the government’s role in enforcing climate protection.