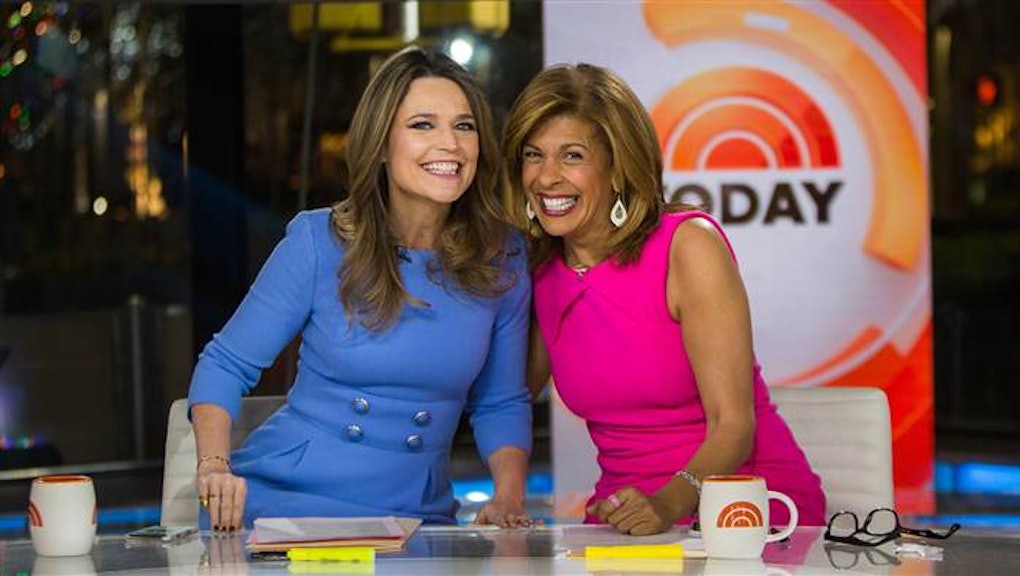 In a first for NBC, ‘Today’ will have two women anchors

Early Tuesday morning, NBC announced it had named a new co-anchor for Today, after co-host Matt Lauer was dismissed in November following allegations of sexual misconduct and harassment. The official new anchor is host Hoda Kotb, a Today veteran who has been filling in as a co-host since Lauer’s departure.

With Kotb now a permanent fixture alongside co-host Savannah Guthrie, NBC’s staple morning show will have, for the first time, two women as its official anchors. It’s a first for the network but not for the morning show industry — hosts Diane Sawyer and Robin Roberts were co-anchors on ABC from 2006-2009.

As CNN reported on Tuesday, Kotb is a familiar face on NBC. She first joined the network in 1998 and has been co-hosting the 10 a.m. hour of Today alongside Kathie Lee Gifford since 2008 — a role she’ll continue even as she take a permanent position at the top of the show, the network said.

In a memo released just before Today aired on Tuesday, NBC News chairman Andy Lack announced the change, writing, “Over the past several weeks, Hoda has seamlessly stepped into the co-anchor role alongside Savannah, and the two have quickly hit the ground running ... They have an undeniable connection with each other and most importantly, with viewers, a hallmark of Today.”

Speaking about her new role to People, Kotb said, “Weirdly it doesn’t feel like the headline because we’ve worked together for a long time.” As for the success that she and Guthrie have had since Lauer’s sudden exit?

“We were just trying to make it through those days together,” Kotb said. “Sometimes when you go through something with someone, you see something special. I think that’s what happened.”