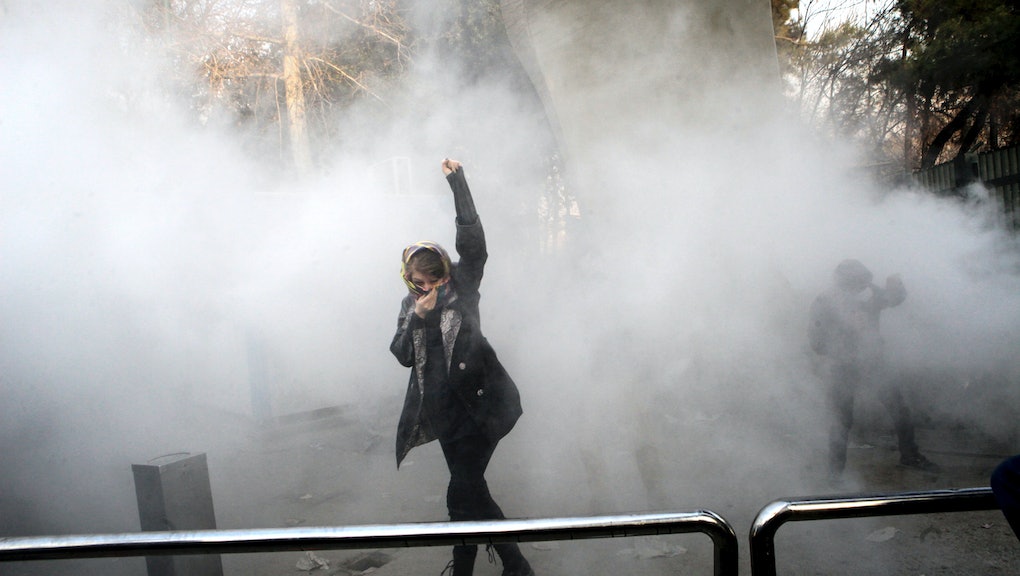 Supreme Leader Ayatollah Ali Khamenei said Tuesday that enemies of Iran had “joined forces” to undermine the government as protests continued across the country.

The protests — which began Thursday in the northeast city of Mashhad, Iran’s second-largest city after Tehran — have swelled to become the largest uprising in the country since the disputed presidential election in 2009.

But the protests of the last several days, which have reportedly claimed at least 20 lives, differ in some significant ways from those of 2009.

Here’s what you need to know about the situation.

The protests that began in Iran’s second-largest city last week were originally a response to economic woes under President Hassan Rouhani, who had promised the Iran nuclear deal he negotiated with President Barack Obama in 2015 would lead to improved development.

But unemployment has remained high since the United States agreed to loosen its sanctions against the country, and “Iranians have not seen as robust an economic recovery as many had expected,” according to an October 2017 analysis by Zachary Laub of the Council on Foreign Relations.

“[The protests are] very much focused on the economic situation,” Narges Bajoghli, a postdoctoral fellow in international and public affairs at the Brown University Watson Institute, told Mic in a phone interview.

Protests have “mushroomed” to include broader issues

But the protests have since broadened to address not just the struggling economy, but broader frustrations with the Iranian government.

According to Bajoghli, whose work focuses on Iran, the protests may have been at least partially initiated by hardliners in the government who oppose Rouhani — who was elected as a moderate promising to expand social and political freedoms, strengthen international connections and bolster the economy.

But, Bajoghli said, the protests “mushroomed beyond that once people got out in the street.”

Protesters in Mashhad, home to many who oppose Rouhani, initially chanted calls for the president’s death. But protesters have also condemned Khameni, the unelected conservative Supreme Leader who limits the power of the president, and the system as a whole.

There aren’t as many Iranians demonstrating this time around as there were in 2009, when millions took to the streets to protest the re-election of hardliner Mahmoud Ahmadinejad.

While this latest round of protests hasn’t achieved the same scale as 2009’s Green Movement, it has been notable for the way it has drawn protesters not just from the country’s major cities, but in smaller towns and provinces — something Karim Sadjadpour, a senior fellow at the Carnegie Endowment for International Peace, told PBS Monday made for protests “unprecedented” in scope.

Rouhani has said the protests are legitimate.

“We are a free nation,” Rouhani said on state television Sunday. “And according to the constitution and citizen rights, the people are free to express their criticism and even their protests.”

But he also warned against violence and criticized the Trump administration for involving itself in the situation.

The White House has publicly expressed support for the protesters, with President Donald Trump tweeting that “the people of Iran are finally acting against the brutal and corrupt Iranian regime” and press secretary Sarah Huckabee Sanders promising not to “sit silently” amid the demonstrations.

“The people are tired for paying the price for their violent and corrupt rulers,” Sanders told reporters in a briefing Tuesday afternoon. “America longs for the day when Iranians take their rightful place alongside the free people of the world.”

According to Bajoghli, the government will likely be able to quell the protests in the short term. But, she said, future protests could be down the road if the government fails to confront the problems that have led to the demonstrations.

“I think they know the situation in Iran as it stands is untenable,” she said. “Until [the underlying issues] are addressed, this could pop up again.”