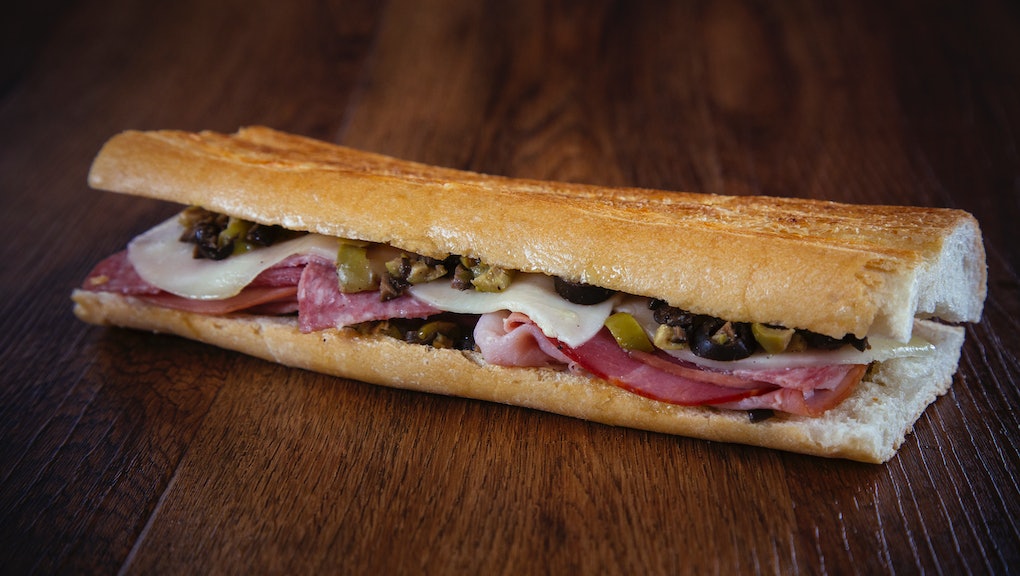 In the home of the Cuban sandwich, this bakery has mastered the most important ingredient

On a recent, overcast Friday morning in Tampa’s historic Ybor City, people streamed out of La Segunda Central bakery with steaming cups of café con leche, little white bags carrying guava-filled pastries and breakfast sandwiches on freshly baked bread. Many were also carrying what the bakery is famous for: traditional three-foot-long loaves of Cuban bread, based on a recipe that’s more than 100 years old.

At the helm of La Segunda is Copeland Moré, whose great-grandfather, Juan Moré, is credited with bringing his Cuban bread recipe to Ybor City in the early 20th century. Born in Catalonia, Spain, Juan fought in the Spanish-American war in Cuba and it was there that he developed a taste for authentic Cuban bread. Following the cigar boom in Ybor City, then known as “the cigar capital of the world,” Juan moved to Tampa in the early 1900s and brought his recipe with him.

In an interview, Copeland confessed that a lot of the history is lost from his great-grandfather’s early days in Ybor City, but according to La Segunda’s website, Juan joined a local co-op of Ybor City bakers and cigar makers to open three bakeries. Of the three, La Segunda on Eighth Avenue survived. Juan bought it and opened his doors in 1915 with the bread recipe he learned in Cuba.

Not much changed at La Segunda through 1970, aside from two moves, the second of which landed the bakery at its current location on 15th Street in 1960. In 1970, Copeland’s dad and his dad’s cousin came into the family business and wanted to open another bakery featuring a café with pastries. Moré Bakery had the family’s blessings and proved to be very successful — so successful that they were invited to come back to La Segunda and bring their café and pastries with them to operate under one family roof.

That sense of family is as important today as it was in decades past. “It’s a great place to be with good people in a family environment,” Copeland said of the bakery. “We try and keep it in the family as much as we can, and we want the staff to feel a part of the family.” That staff now totals around 70, including 30 or so bakers, many of whom have been with La Segunda for more than 20 years. A second location will open in nearby South Tampa this summer.

With no air conditioning, the bakery can prove challenging for La Segunda’s seasoned bakers. They keep records of humidity and temperature, both of which can rise quite high during summers in west central Florida. “They need to watch the bread to see what needs to be done,” Copeland said. “Good bakers know — there are a lot of decisions being made.”

While decisions are made daily, the recipe, which dates back to 1915, doesn’t change: flour, sugar, salt, palm oil, water, yeast and a palmetto leaf are still the only ingredients that go into La Segunda’s Cuban bread. “It’s vegan,” Copeland noted.

The baking process is the same, too, though a few modern conveniences such as industrial-sized electric mixers and dough scalers have been added over the decades to increase production without affecting quality. The bread dough goes through three proofing stages: one in the mixer, another after it has been scaled and the third after it has been rolled out and palmetto-leafed. Just before going into the oven, the dough is placed in front of oscillating household fans to dry the outside a bit so that the finished loaves come out of the oven with that signature crunch.

While Cuban bread is the only acceptable vehicle for any authentic cubano sandwich, it’s often eaten on its own, too — slathered with butter and enjoyed with a cup of café con leche, or used to sop up a filling bowl of black beans and rice.

There’s a lot of lore around the palmetto leaf placed atop each loaf of bread before it goes into the oven, but according to Copeland, the leaf does not add any flavor to the bread. It is “a tradition of the baking process,” he said. The leaf scores the bread, creating the natural, signature split down the middle.

The bakery, which operates 24 hours a day, averages 18,000 loaves of Cuban bread a day. While many locals and visitors to Ybor City and Tampa enjoy its baked goods, the bakery business accounts for just 25% of La Segunda’s business — the remaining 75% is wholesale.

When the Columbia Restaurant, the oldest restaurant in Florida with an outlet in Ybor City, began expanding and opening new locations in the 1990s, management approached La Segunda to bake bread for their restaurants. Today, La Segunda Cuban bread is found in restaurants all across the U.S., from Florida to Washington State.

“We’re a little bakery here and we’ve grown over the years,” Copeland said. “The Ybor community is so important to us, and I do feel like [we’re] a major part of Tampa’s history.”