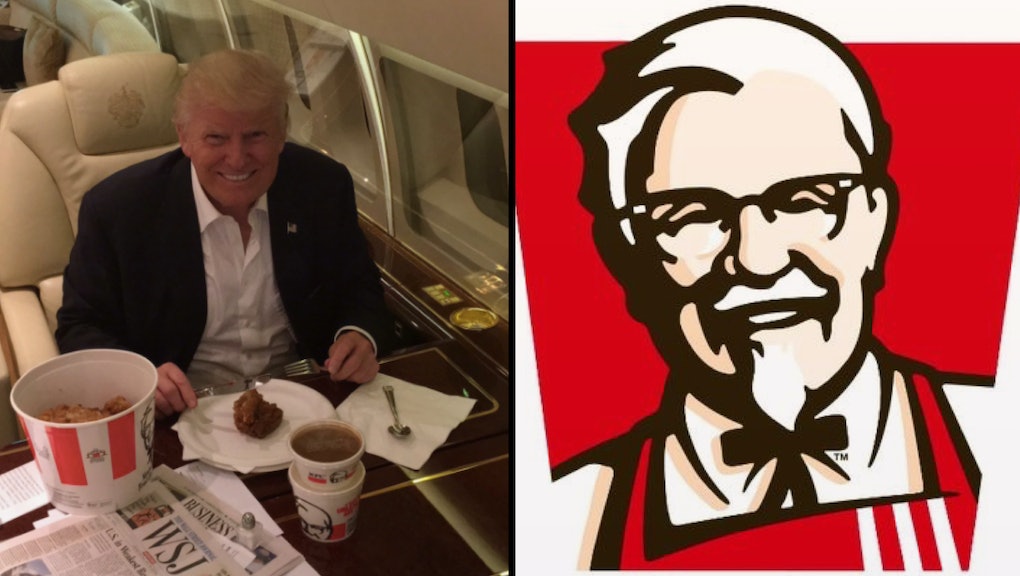 Fast food brands are pros at pulling ridiculous stunts in order to insert themselves into public conversations, and there’s no indication they’ll stop in 2018.

When asked for comment, a KFC spokesperson said in an email to Mic: “We were just clowning around. Like Ronald.”

Twitter users had mixed reactions to the idea that corporations are making lighthearted jokes about nuclear war. Some people called the tweet “awesome” and others said the brand had “a sense of humor.”

But others waxed existential that imminent nuclear war was a joking matter.

The #NuclearButton tweet from KFC is a significant departure from the KFC Twitter account’s regular tone and voice. The account consists of fairly standard interactions with KFC fans and some brand promotion.

It remains to be seen whether Trump, known to eat KFC, will tweet a rebuttal to the brand’s taunting. Or perhaps he’ll no longer tweet photo ops with a bucket of KFC fried chicken?