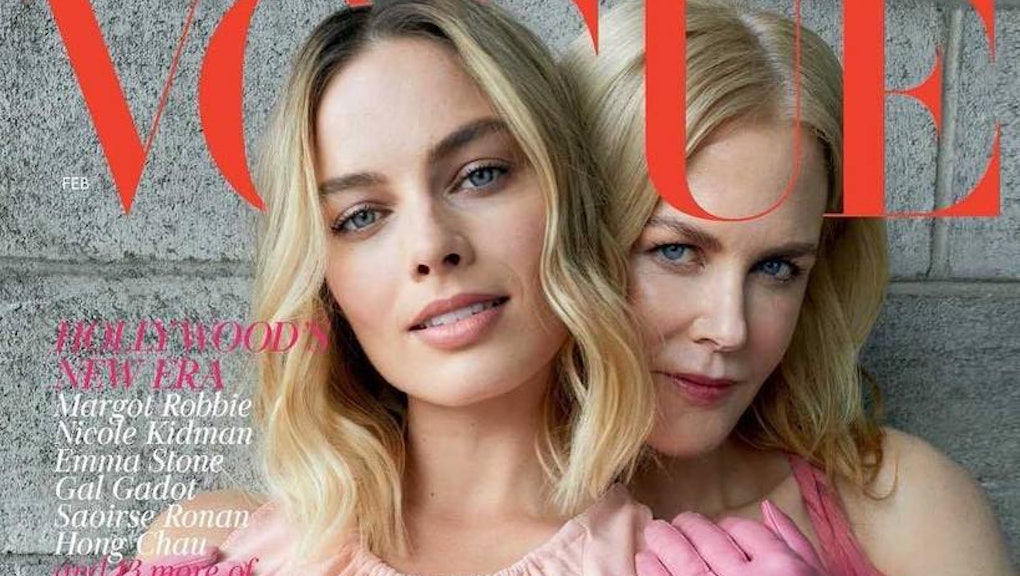 On Wednesday afternoon, British Vogue, or #NewVogue as it was dubbed in December, released its third issue under the leadership of newly appointed editor-in-chief Edward Enninful.

To the right, in all caps: “WHY WE NEED TO TALK ABOUT RACE.”

Enninful, who helped style the shoot, made history with his debut cover in December featuring model, activist (and his own goddaughter) Adwoa Aboah — only the third black model to ever appear alone on a British Vogue cover.

“My Vogue is about being inclusive,” Enniful told the BCC in November, and this cover proved just that, featuring the names of British creatives including Zadie Smith, Sadiq Khan and Steve McQueen alongside Adwoa’s mug, painted by legendary makeup artist Pat McGrath.

It was expected that this would lead to continued efforts towards inclusion from a magazine that had once made headlines for its lack thereof, and had not too long ago been called out by Campbell herself for the staff’s lack of diversity.

Many noted the stark contrast between cover stars.

And now, for Enniful’s third time up at bat, two white women on a cover that purports to want to discuss race. The juxtaposition between image and sentiment did not go unnoticed online.

This new issue brings #NewVogue’s track record to one model of color and three white celebrities for its first three issues under Enninful. Progress? You decide.