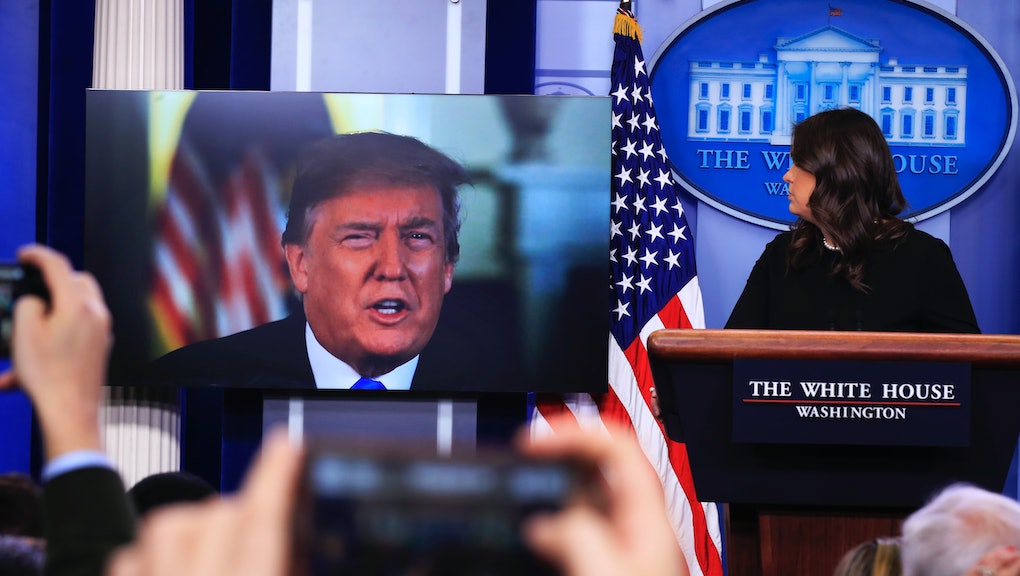 Friday’s dispatch: 5 key Trump moves not about Fire and Fury

Michael Wolff’s book, Fire and Fury: Inside the Trump White House, was released Friday. The publisher said it was anticipating a spike in sales since President Donald Trump and the media have heavily discussed the book since an excerpt was released Wednesday.

Wolff’s book shares extraordinary, if perhaps dubious, details about Trump and the highest people in his administration. Trump has dismissed the book as “full of lies” and said he did not offer Wolff any White House access; the author said he was able to spend months holding meetings there openly.

As great focus has been placed on the book’s release, the Trump administration has seized the chaos to advance several key policy changes. Make sure you do not miss these:

Federal marijuana enforcement: Attorney General Jeff Sessions announced Thursday that he is rescinding Obama-era guidance that told U.S. attorneys to de-prioritize prosecution of federal marijuana laws in states where the drug is legal. That will end up targeting minorities, the American Civil Liberties Union told Mic, and could hurt a $16 billion industry that’s popular across party lines.

Atlantic drilling: The Trump administration said the United States will reverse an Obama-era decision and let energy companies begin to explore for oil and gas off the coastline. Drilling would still be a decade or more off, but the decision drew condemnation from Democratic and Republican governors alike.

Medicaid work requirements: The Trump administration will issue guidelines that will require Medicaid recipients to work, the Hill reported, a change to the program long sought by Republicans and opposed by Democrats. Conservatives say recipients should not receive health insurance from the government without holding or seeking a job, while liberals believe work requirements would hamper Medicaid’s efficacy.

Anger at Pakistan: Arguing that the Pakistani government has harbored terrorists for too long, the United States said Thursday it’s suspending foreign aid payments to the country. Long a U.S. ally, the move comes after Trump tweeted earlier this week that Pakistan has deceived the U.S. Trump said Pakistan has done too little to prevent U.S.-recognized terrorist groups, like the Taliban, from operating within its borders. China, meanwhile, is investing billions of dollars in Pakistan.

DACA: Publicly, Trump and Republicans are saying they want to find a fix to prevent hundreds of thousands of immigrants from being deported. But privately, Politico reported, the White House has yet to work with congressional Republicans on how to achieve that goal. And Senate Republicans say their weeks of talking compromise with Democrats have not seen a breakthrough.

Today’s question: Which of these latest moves by the Trump administration will you follow most closely?

More on the Wolff book: Trump’s lawyers kept up a favorite practice of the president’s on Thursday when they threatened Wolff with legal action if Fire and Fury were to be released. That threat actually helped lead the book’s publisher to speed up its release date to Friday.

Journalists and others have mixed views on Wolff’s credibility, with many across the political spectrum questioning whether Fire and Fury can be read as nonfiction.

True or not, the book has continued to burn Steve Bannon. His top donors have publicly abandoned him, and the Breitbart News chairman is struggling to fund an effort to oust GOP incumbents in 2018. “Yesterday morning, he was key,” Rep. Steve King (R-Iowa) told the Washington Post. “Today, I’m not sure.”

GOP holds Virginia House: The tiebreaker Thursday went in favor of the GOP, which will keep control of Virginia’s lower legislative chamber. Two canisters were placed in a bowl, each containing the name of one of the candidates in a tied House race that would determine control of the House. The name of the Republican, David Yancey, was drawn. That followed an election in November where Democrats ultimately won 15 state House seats.

Obstruction investigation: The New York Times reported Trump aggressively pushed for Sessions not to recuse himself from the Russia inquiry. And Trump pressured former FBI Director James Comey repeatedly to publicly state that Trump was not under investigation. Legal experts told the Times this could amount to obstruction of justice.

Voting rights: Cities are bypassing states to explore registering hundreds of thousands to vote. These local reforms can be stunningly simple — just registering voters in high schools and city government offices could add millions to the registered ranks if the tactic is taken up by large cities across the country, advocates say.

North and South Korea: Representatives of the two countries will meet for talks Tuesday. Any dialogue is considered positive, but both sides are a long way from any kind of resolution.

The wall: The Wall Street Journal reported the Trump administration wants $18 billion to build 700 miles of barriers along the U.S. border with Mexico.

A message, from the former head of NATO, for anyone who wants to change the world. Click or tap below to check it out.