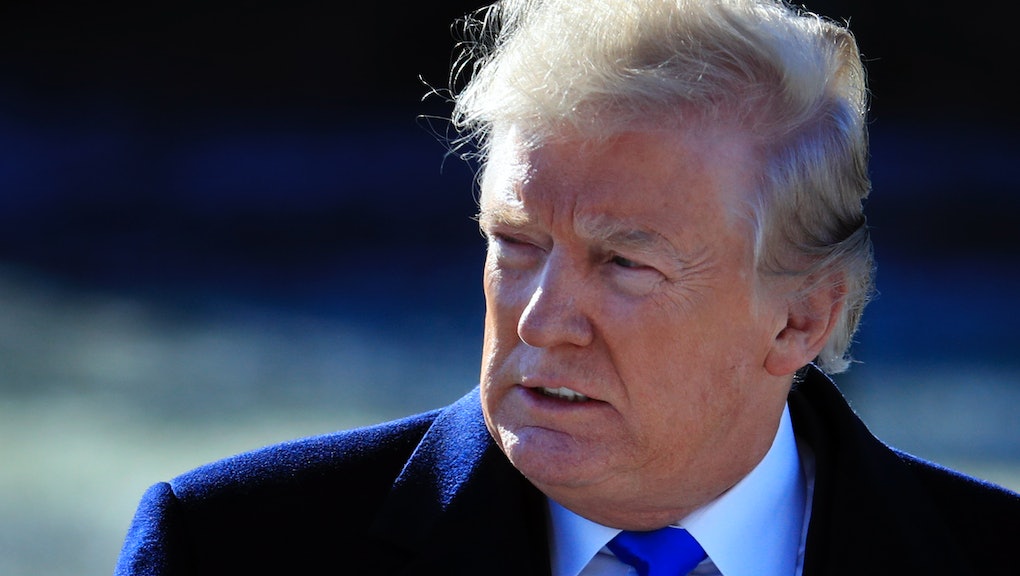 Twitter just settled the debate about whether it would ban President Donald Trump from its platform. The verdict? It ain’t gonna happen.

“Blocking a world leader from Twitter or removing their controversial tweets would hide important information people should be able to see and debate,” a new blog post on Twitter’s site reads. “It would also not silence that leader, but it would certainly hamper necessary discussion around their words and actions.”

Twitter doesn’t name Trump explicitly in the post — it’s simply about “world leaders on Twitter” — but it’s easy to intuit whom it’s talking about. In the time since the 2016 presidential election, many have wondered whether Trump’s inflammatory, potentially nuclear-war-starting tweets that very much violate the site’s terms of service warrant a ban.

After all, if Twitter plans to more harshly enforce its rules against harassment — as it announced in an October blog post — why shouldn’t that apply to one of the most powerful people in the world? That was the argument, anyway.

According to Twitter, the ability to “see and freely discuss everything that matters,” including Trump’s tweets about the size of his — cough — nuclear button, is “the best way to help our society make progress.”

Rather confusingly, however, Twitter also said it “reviews tweets by leaders within the political context that defines them and enforces [its] rules accordingly.”

Really, though, the writing on the wall for Friday’s blog post has been there for a while. In September, Twitter defended one of Trump’s tweets in which he threatened violence against North Korea because it was “newsworthy.”

Now Twitter won’t have to twist and turn its policies to make Trump’s tweets OK. It can just point to this new rule that says world leaders can use its platform however they want.