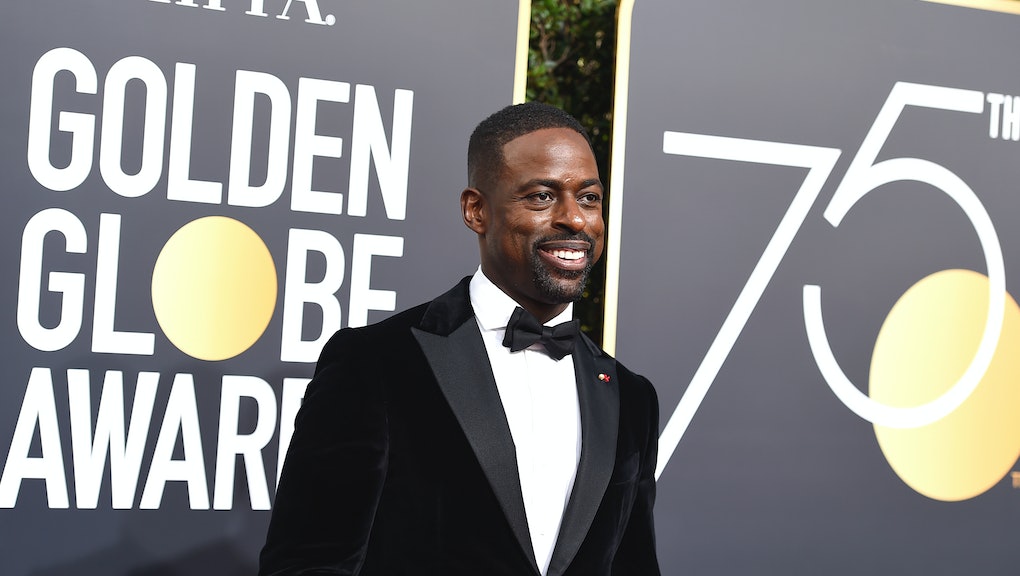 Sterling K. Brown just made history at the 2018 Golden Globes

Sterling K. Brown made history at the 2018 Golden Globes on Sunday night with a win for best performance by an actor in a television series drama for This Is Us — becoming the first black actor to ever take home the award.

Sunday wasn’t the first time Brown broke ground with his portrayal of Randall Pearson, the adopted black son of two white parents. In September, he also won the Emmy for outstanding lead actor in a drama series — becoming the first black actor to win in that category in nearly two decades.

In his acceptance speech on Sunday, Brown thanked This Is Us creator Dan Fogelman for not only what he referred to as his practice of “colorblind casting,” but also for intentionally crafting roles for actors of color.