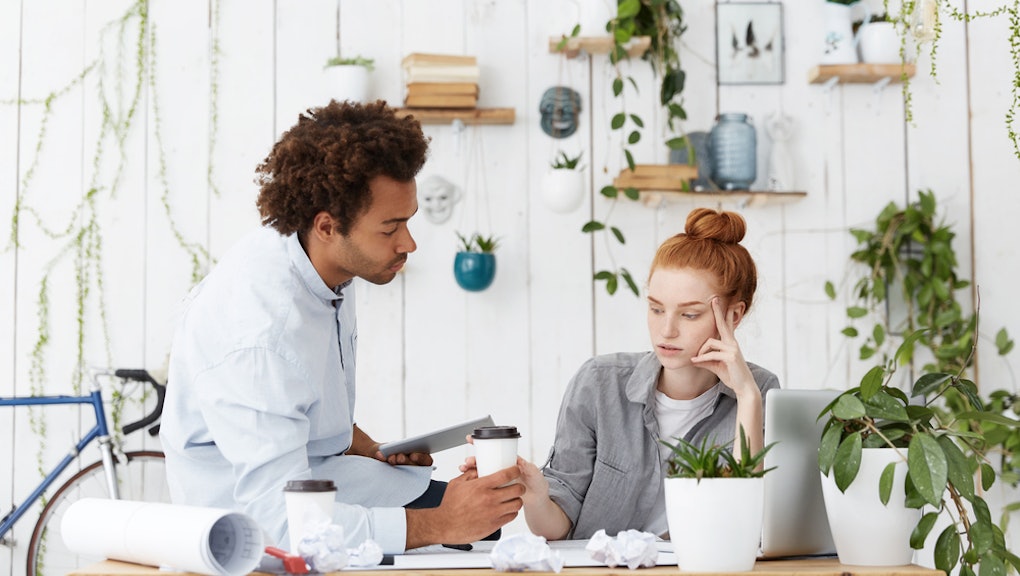 Does your job help improve the world? You might be more likely to lie or cheat at work: Here’s why.

Increasingly, people don’t want just a paycheck — they want the work generating that paycheck to be meaningful. One recent survey found that roughly 75% of young employees say they’d take a pay cut to work for a “socially responsible company.” That term has a pretty broad definition, from hiring a diverse workforce to donating money to noble causes.

Companies known for such efforts include Unilever-owned Ben & Jerry’s — which donates 7.5% of its pre-tax profits to charity — or Starbucks, which is known for providing employee benefits well above the industry standard. Whatever you might think of the coffee chain’s ubiquity or its role in the demise of independent coffee shops, it’s tough to knock its social efforts.

Given how loudly such firms promote their “corporate social responsibility” initiatives, you might expect people who choose to work for them to hold themselves to higher ethical standards at work. But what if those employees are not only more likely to slack off, but were also more likely to lie about it?

That’s one possible conclusion of a surprising new working paper from researchers at the University of Chicago. Released in December, the study has yet to be peer-reviewed — an academic quality control process in which experts critique each other’s research — but its findings suggest that people at more socially inclined firms were about 20% more likely to engage in employee misconduct on the job.

“A firm should be very careful when adopting a CSR program,” said John List, a professor at the University of Chicago and one of the study’s authors. “Existing employees might find ways to engage in activities that could reverse the employer’s good intentions in ways that are difficult to imagine, but you start to see how they could happen in the field.”

Exactly what kind of “misbehavior” are we talking about?

The authors studied two different types of “cheating”: Workers who pretended that a difficult task was impossible, a form of “shirking,” and workers who took an upfront payment and then didn’t finish the task — essentially taking the money and running. More than 3,000 subjects participated in the study. (List noted that ethically, the latter is actually the better option because at the very least, they’re not setting their maligned employer up to make business decisions based on what is likely incorrect information.)

Why some do-gooders break bad

The researchers started a fake transcription business using remote workers they recruited from Amazon Mechanical Turk. Then they divided everyone into six different working groups with slightly different pay structures and corporate social responsibility initiatives. All the workers had to sign a contract, but workers learned about their fake employers’ charitable efforts at different points in the on-boarding process.

The contract stipulated that each subject would spend about two hours on the task, and receive 10% of their payment upfront, and the other 90% of their pay after the task. The subjects were also paid at different rates (low, medium and high); and half the workers also received a social incentive — in this case by being told about the company’s philanthropic relationship with Unicef — while the other half were simply paid.

To weed out slackers, the authors also intentionally created a task they thought the subjects would hate — transcribing difficult-to-read slides in German, some of which were illegible — but also which also made it easy to cheat: Subjects could still get credit for their work by simply marking totally readable slides as impossible to read.

What the researchers found was employees with a stronger social incentive, who believed their company was charitable, were also about 20% more likely to cheat on the task, either by not finishing and claiming some pay anyway or by simply slacking off and marking legible slides as illegible.

The reason? The authors think that when we’re engaged in the important work of helping to improve the world, we’re more likely to cut ourselves slack when we’re engaging in other less-than ethical behavior. Psychologists call this “moral licensing.”

“If you’re kind or good in one dimension, you allow yourself to make up for that goodness in other dimensions, perhaps by cheating, lying or stealing,” List said. “It’s sort of a way to level yourself off.”

How to handle an office cheater

There are a few caveats, of course. Besides the fact that the study has yet to be peer reviewed, it also focused on remote online workers, who by definition are looking to make some extra cash, List acknowledged: That’s potentially a different profile than that of a full-time employee at a socially responsible firm.

These findings are therefore arguably less an indictment of corporate social responsibility outright, List said, than an illustration of the consequences of putting purely profit-motivated employees into CSR environments.

But that still creates a very real problem for the people who are already working these types of firms for truly altruistic reasons: How can you keep your less moral colleague’s tendency to slack off from affecting your own performance on the job?

When dealing with toxic personalities in the office, there are a few factors to consider. When confronted with a colleague who has their own personal agenda, try appealing to their sense of empathy — for example, by suggesting helping out a coworker too often tasked with cleaning up colleagues’ messes — as opposed to confronting the slacker with a direct criticism.

In other words, instead of saying, “Do your expense reports,” perhaps say, “I’m just worried because if we don’t finish these expense reports on time, accounting will be here all weekend.”

A final possibility? You might be the problem worker and not even realize it. Start by writing down areas in which you need to improve. Are you often making excuses for late or incomplete work, when the truth is you simply aren’t bringing your A game? Once you become more self-aware, you’ll be able to hold yourself accountable by taking action: Setting more realistic deadlines, listening more carefully when a task is first assigned, or enlisting a mentor to help you solve the problems that make you want to shirk in the first place.