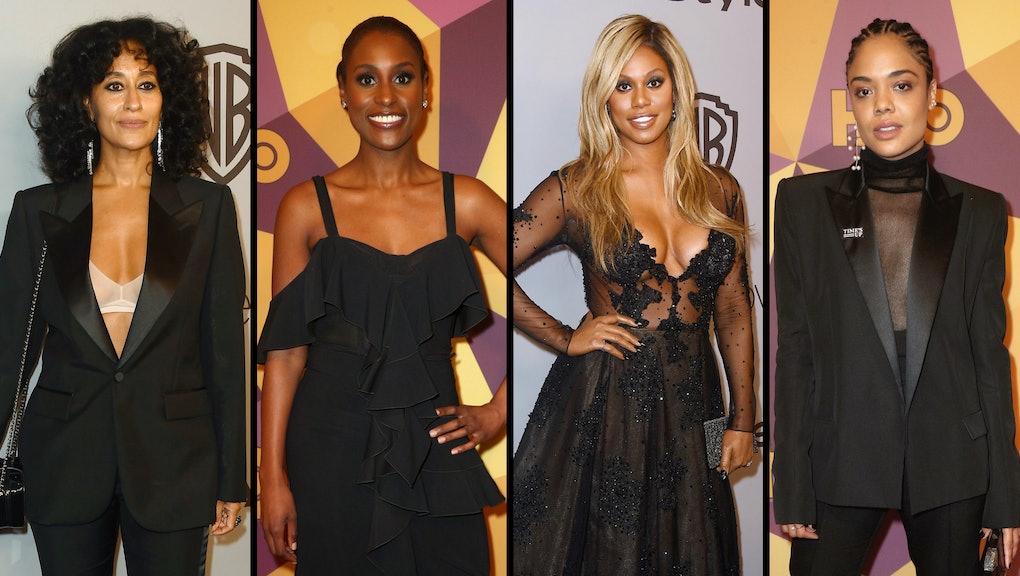 What’s the only thing better than the perfect Golden Globes red carpet gown? Another, equally perfect gown for the after party.

As we pointed out at last year’s Oscars, the best dresses of award ceremony nights often are the ones that don’t make it onto television screens — and this year’s Golden Globes was no exception.

While stars like Salma Hayek, Issa Rae and Stranger Things’ Caleb McLaughlin opted for a look change, many other stars not in attendance at the ceremony itself, including Tessa Thompson, Laverne Cox and Moonlight’s Ashton Sanders, chose to step out at after parties ranging from HBO to InStyle magazine to Amazon Studios.

Below, check out some of the best switch-ups and after party looks: