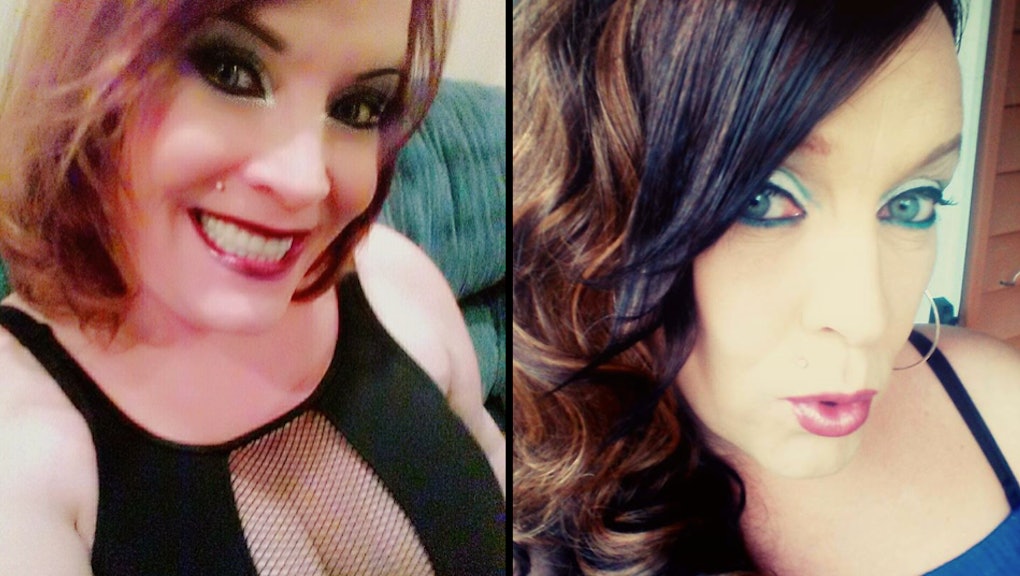 Christa Leigh Steele-Knudslien, 42, was found dead in her home Friday in the small Massachusetts city of North Adams in the first reported homicide of a transgender person in 2018.

The suspect in her killing is her husband, Mark Steele-Knudslien, 47, who turned himself into the North Adams Police Department the same day, local outlet the Berkshire Eagle reported Saturday. North Adams officers went to the couple’s home shortly after and discovered Christa Leigh Steele-Knudslien’s body.

A. Vickie Boisseau, a local activist and close friend of Steele-Knudslien who officiated her wedding in April, said in a phone interview with Mic that Steele-Knudslien identified as trans and intersex.

Boisseau and Steele-Knudslien met through activism. Boisseau, who uses the gender-neutral pronoun herm, serves as the New England director of Organization Intersex International, of which Steele-Knudslien was a member.

“She was always a big activist; she was always out there fighting the good fight,” Boisseau said Monday. Together, along with a few other advocates, Boisseau and Steele-Knudslien organized the first-ever trans pride parade in the nearby city of Northampton, Massachusetts, Boisseau said.

Boisseau said that when the two weren’t working on events together, they spent time “hanging out” at home, playing pool. But Steele-Knudslien’s main mode was “go, go, go,” Boisseau said. “She’s out there helping people.”

Justin Adkins, a friend of Steele-Knudslien’s for ten years, also met her through activism. Adkins was one of the co-organizers of the trans pride parade that Steele-Knudslien helped put together. “Whenever she walked into the room, you knew she was there,” he said, speaking about Steele-Knudslien in a phone call on Tuesday. “She lit up the room.”

She brought more energy than anyone I’ve ever known,” Adkins said. “She came up with the idea for doing these trans pageants ... [and] got all of us on board.”

Adkins said that the trans pageants Steele-Knudslien helped to launch became a way to create community and to celebrate the beauty of trans women. For Christa Steele-Knudslien, “everything was about supporting trans people,” he said.

Adkins has started a GoFundMe campaign to raise money to help cover the costs associated with Steele-Knudslien’s funeral. “Christa’s family doesn’t have a lot of money,” he said on Tuesday. “The costs to make sure that her body and memory are taken care of gets to be pretty expensive pretty fast.” Any leftover money will be donated to Trans Lifeline, a hotline for the transgender community, Adkins said.

At least 25 homicides of trans people were reported in the U.S. in 2017, though activists say the true number is likely much higher.