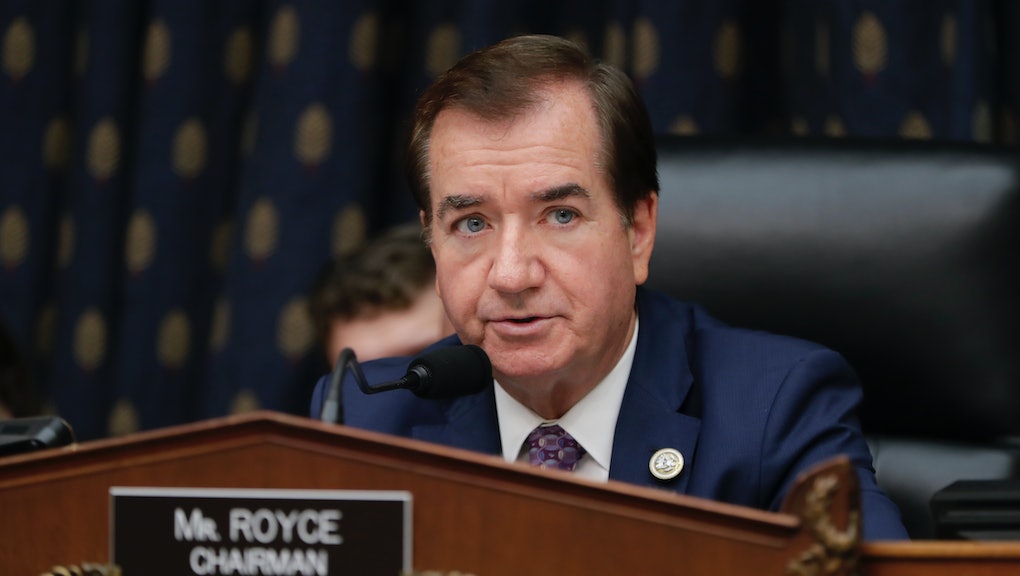 Rep. Ed Royce (R-Calif.) on Monday became the 17th House Republican to announce his retirement from Congress — providing Democrats one of their best opportunities yet to pick up a House seat in their quest for the majority in the 2018 midterm elections.

Royce’s Orange County-based district swung heavily toward Democrats in 2016, making this open seat a prime target for Democrats as they seek to net the 24 seats necessary to win a majority.

Hillary Clinton carried the seat in 2016 by a 9-point margin, a massive shift from the district’s 2012 presidential election, when GOP nominee Mitt Romney won the seat by a 4-point spread, according to the Cook Political Report.

The district was already a target for national Democrats prior to Royce’s retirement.

But Royce’s decision not to run for re-election takes away Republicans’ incumbency advantage, and will leave the GOP scrambling to find a strong candidate to run in a the district — located in the pricey Los Angeles media market.

Democrats already have a spate of candidates running for the seat, including: Gil Cisneros, a veteran, lottery winner and philanthropist who is self-financing his campaign; Andy Thorburn, a health insurance executive who is also self-financing; and Mai Khanh Tran, a Vietnamese immigrant and pediatrician.

Democrats also have a double-digit lead on the generic congressional ballot — a key indicator of a party’s success in the race for control of the House.

And Democrats are giddy at the thought of picking up this seat.

“Ed Royce isn’t the first Republican lawmaker to take an honest look at the 2018 political landscape and bow out rather than go down with the ship — and he will not be the last,” Tom Steyer, a Democratic mega-donor from California who has pledged to spend $30 million on Democrats in the 2018 midterm elections, tweeted. “Trump enablers, we are coming for you.”