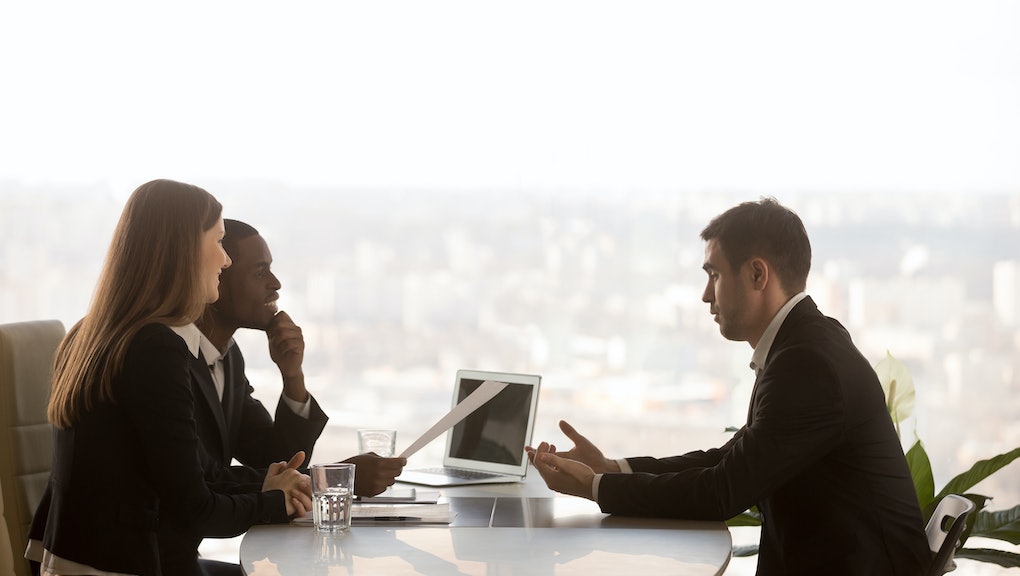 Career advice 2018: Avoid this one phrase on your resume if you want to get a job interview

Bosses say they want to hire team players. Or at least, 78% of them say that they do, according to a recent survey from the National Association of Colleges and Employers. Indeed, the ability to be a part of a team appears to be the most coveted trait when it comes to hiring, more than any other attribute, including a strong work ethic.

Makes sense: Even the hardest workers can fail if they don’t listen to instructions or seek out mentors and colleagues to help them learn the ropes. And your ability to be a team player seems like something you’d want to play up on your cover letter or resume... right?

Strangely enough, the opposite is likely true: Resumes that emphasize your skill as a “team player” were about 50% less likely to get candidates an interview, in a new analysis of more than 4,000 resumes from the hiring website TalentWorks.

There’s a simple reason for why this is, TalentWorks co-founder Kushal Chakrabarti said: Applicants who can’t shut up about how collaborative they are tend to come across as passive. Even among the best team players, he explained, using more than a single teamwork-oriented word — for example “collaborated,” or “assisted” — can end up hurting your chances.

“We saw that if you are a team player, if you’ve collaborated with teams or if you’re worked with teams, it’s good to mention it once,” Chakrabarti said. “But if you mention it more than two or three times, they make the resume sound really weak.”

To illustrate his point, Chakrabarti compared two theoretical applicants, one who “owned, analyzed and delivered on-time financial reports,” and one who “collaborated with full analyst team to create monthly financial reports.”

The latter, he noted, leaves open the possibility that you were free-loading off of the efforts of your colleagues, while the former clearly states the kind of work that you did. In other words, the resume is not an opportunity to play modest, even if you’re sure that your easygoing disposition is one of your strongest selling points. Chakrabarti also counseled against using words like “collaborate” or “supporting” more than once or twice at the most.

The right words to put on a resume

So what words should you put on a resume? Buzzwords, however loathed, are actually important to have, particularly if they are specific to your field and align with skills that you saw on the job description. TalentWorks’ data suggests that the optimal number is about one industry-specific term every three to six sentences. Ideally, you want enough relevant terms or acronyms to make it through often-automated resume screeners without sounding like an automaton yourself.

Some other important resume tips? It’s always important to put a number on your accomplishments, Chakrabarti said: “Saying, ‘Hey, I improved my sales by 30%,’ that tells me a lot more about what you did than just saying you ‘assisted’ with the sales team.”

As for what you shouldn’t do: Most resumes come across as a little bit angry, according to a review of more than 10,000 resumes from the career site Zippia. That’s likely a good thing if it means you’re packing your resume with action-verbs, obstacles overcome and important, necessary credentials

On the flip side, it also creates the risk of leaving a bad taste in the recruiter’s mouth. To counter the “angry” effect, a good tip is to generally avoid using “don’ts” or language like “avoided” — instead, emphasize the length of your mistake-free streaks, or add some heart to your resume with a line about your favorite part of the job. Just remember to keep it brief.

A few other habits to avoid? Never apply for jobs when you get home from work: TalentWorks estimated that applying for jobs in the morning — between 6 a.m. and 10 a.m. — increases your odds of getting a callback nearly fivefold.

Finally, read more about how to write the perfect resume and cover letter in our guides here and here. And check out 10 more phrases — like “detail-oriented” — you should never use, here.