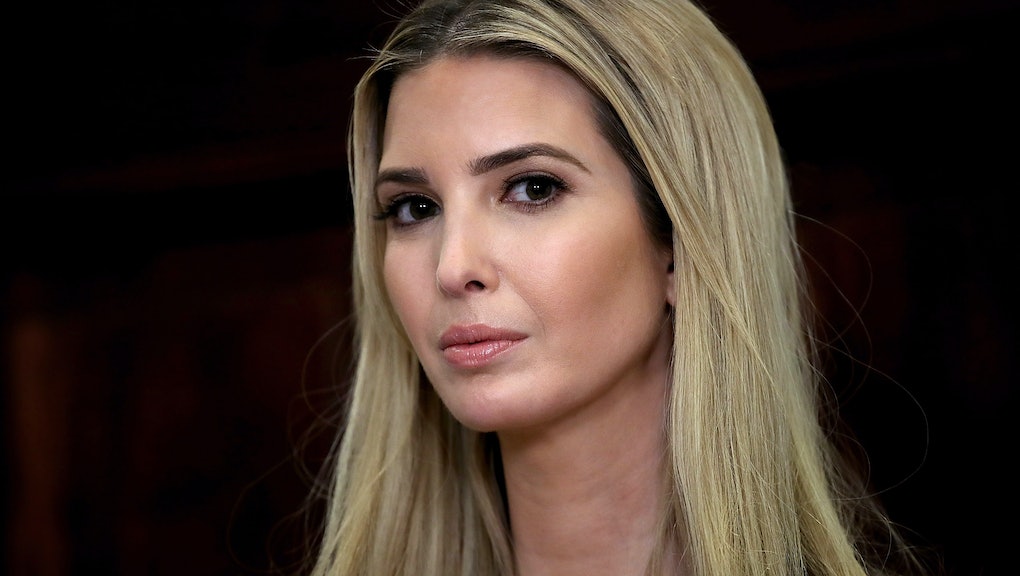 “You are indeed part of the problem”: Ivanka Trump’s tweet on Oprah’s speech has critics perplexed

“Let’s all come together, women and men, and say #TIMESUP!” Ivanka Trump tweeted of Winfrey’s Sunday night speech at the award show in Los Angeles, where the media icon was receiving the honorary Cecil B. DeMille award.

But her tweet had many scratching their heads, given that Ivanka Trump’s father, President Donald Trump, is one of the many powerful men who have been accused of sexually harassing and assaulting multiple women.

“Who should tell her?” MSNBC host Chris Hayes tweeted, while leaders of the Me Too movement took the time to jab the adviser to the president in response to her tweet.

“Great! You can make a lofty donation to the Time’s Up Legal Defense Fund that is available to support your father’s accusers,” actress and Me Too activist Alyssa Milano replied.

“This is the most hypocritical, clueless statement in her regrettable time in the WH,” Rubin replied to the tweet. “Your father has a trail of victims and supported Roy Moore, Ivanka. YOU are indeed part of the problem Ivanka. #complicit.”