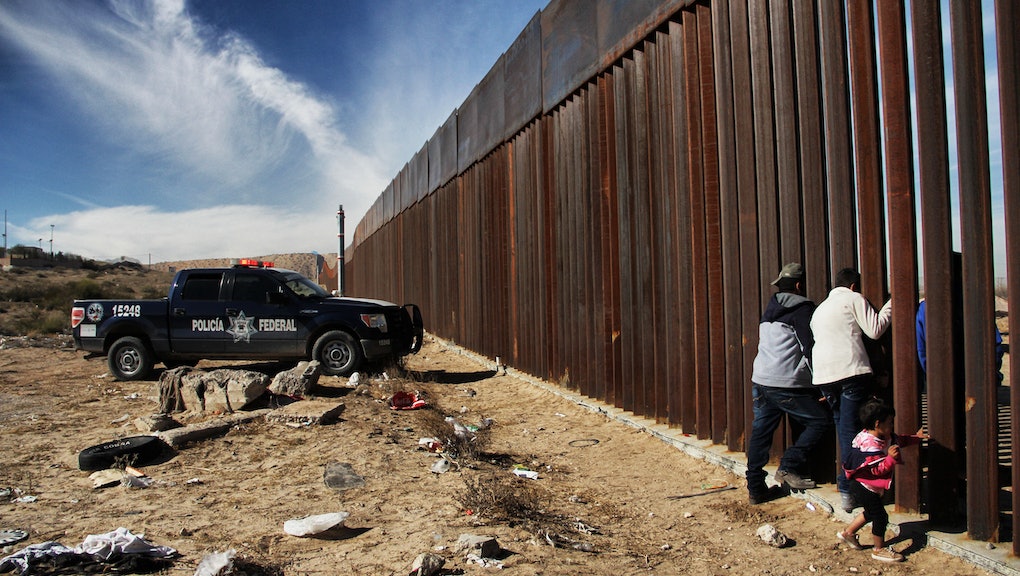 In a now-infamous quote delivered while announcing his presidential candidacy in 2015, Trump decried Mexican immigrants: “They’re bringing drugs. They’re bringing crime. They’re rapists. And some, I assume, are good people,” he said.

It now appears he’s less interested in drugs and crime and more concerned with forcing undocumented immigrants out of the country. A new report from the New York Times on Tuesday revealed key details from Trump’s plan to finance and build a wall along the U.S.-Mexico border.

Surprisingly, Trump’s proposal would pay for the construction of his border wall by cutting other areas of the Customs and Border Protection budget. He also wants to use some of the reallocated money to ramp up certain enforcement methods. Specifically, Trump wants to cut CBP programs designed to prevent criminal drug trafficking in favor of increasing the number of border patrol and Immigration and Customs Enforcement agents tasked with carrying out his deportation policies.

According to the Times, Trump’s proposed plan would cut a variety of surveillance measures used to track drug smugglers in well-known trafficking areas. It would also delay funding for Coastal Interceptor boats used to catch drug shipments entering the U.S. by sea. And it would cut almost 40% of the canine units ICE officials use to detect illicit substances at the border.

In exchange for these cuts, Trump would receive money to fund construction of the wall and to increase the number of ICE and border patrol agents by 10,000 and 5,000, respectively.

Security experts from leading conservative think tanks told the Times that Trump’s proposed border wall would do little to stop drug trafficking into the U.S., since most illicit substances are smuggled in through legal points of entry.

In addition, increasing the number of border patrol and ICE agents while cutting other parts of the budget could have disastrous effects.

In his 2014 exposé on the CBP, Politico Magazine’s Garrett Graff detailed how perennial increases in border patrol agents without increases in oversight and other quality controls led to an increasingly out-of-control enforcement agency. The result was more active CBP agents than the ranks of the U.S. Coast Guard — an actual branch of the armed forces.

As CPB struggled to follow the hiring mandates that made it the largest federal law-enforcement agency in the country, it was forced to lower its standards for vetting potential agents. It even had to take out ads on NASCAR cars to attract a sufficient field of applicants.

That spiraling growth eventually led to numerous unchecked abuses, the victims of which were often families attempting to cross the border to build a better life for themselves in the U.S.

The increase in ICE agents will likely have a similar effect, as the Trump administration continues its aggressive detainment and deportation policies across the country. Though Trump has argued his policies target only violent criminals, many immigrants with little or no criminal history have been swept up through collateral arrests.