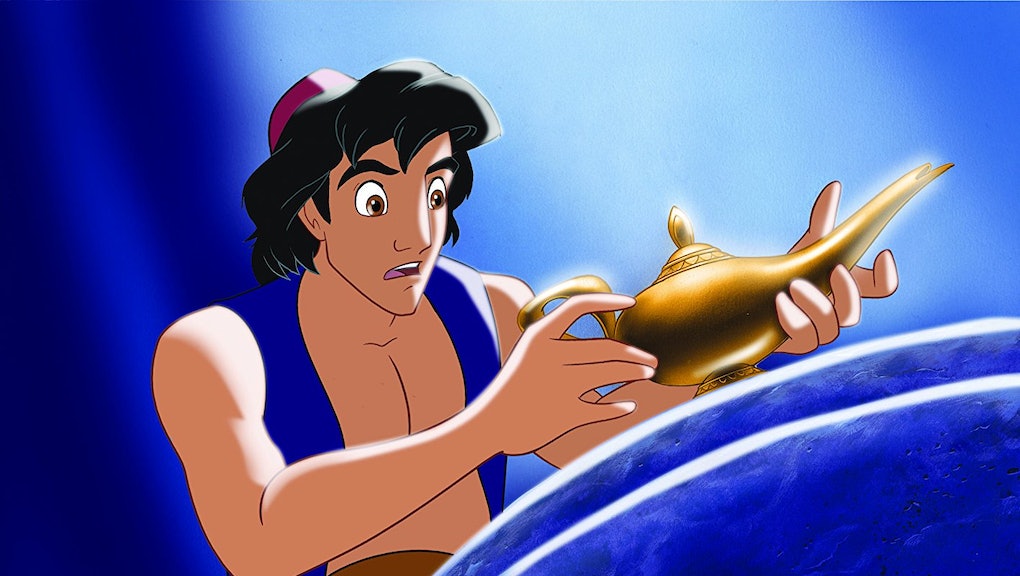 If Disney had a magical genie at its disposal, it would probably wish for a re-do of something baffling that went down on the set of Guy Ritchie’s live-action remake of Aladdin.

According to Kaushal Odedra, who worked on set as an extra, Disney used makeup on several white actors and crew members to darken their skin and make them look Middle Eastern.

In an interview with Mic, Odedra — who said he has worked as an extra several times before — said he first noticed this happening when he ran into someone he had met before on the set of a different film. This time around, though, on the set of Aladdin, his skin looked considerably darker. Odedra soon learned this person wasn’t the only one having his appearance darkened.

“I was brought to costume and makeup and ... I saw a whole queue of people with light skin who were tanned up,” Odedra said. “It was kind of shocking at first, like, I didn’t know what to think of it.”

Disney confirmed Odedra’s story to the Sunday Times, who first reported it. In a statement to Deadline, Disney said, “Diversity of our cast and background performers was a requirement and only in a handful of instances when it was a matter of specialty skills, safety and control (special effects rigs, stunt performers and handling of animals) were crew made up to blend in.”

But that’s not a story everyone is buying. For example, actor Kal Penn (Harold and Kumar) implied on Twitter that Disney was just cutting corners for efficiency’s sake:

It’s worth noting here that Disney did not provide a specific number of people whose appearances it had darkened with makeup. Deadline reported that approximately 400 of the 500 background performers on Aladdin were “Indian, Middle Eastern, African, Mediterranean or Asian.” Odedra told Mic he saw approximately 20 additional extras with darkened skin who fell outside the scope of what Disney described in its statement.

Regardless of the exact figure, Odedra told Mic that Disney’s decision to use makeup on any light-skinned actors at all was “insulting.”

“We can’t actually lighten our skins and play white people’s roles, and we have to live this color that we’ve been born with and we can’t change ourselves,” he said. “Seeing somebody that hasn’t lived that life come in just to do a role in that skin color — it undermines our experiences.”

Odedra added that because he and the other extras signed nondisclosure agreements, most were probably too afraid to speak up about it.

“There’s this fear that’s instilled in you that if you were to speak out, you’d have the whole Disney police or legal team come after you, and the fact is that most people want to remain working in the industry,” Odedra said. “I was fortunate enough to come from a wealthy background where I don’t actually need to work as an extra. I just do it because I love films. So, for me, it’s easier to speak out for these kinds of things than it is for people who are less fortunate.”

This is just the latest headache for Disney related to Aladdin. In September, Disney caught flack for casting Billy Magnussen (Into the Woods), a white actor who will be playing a brand-new character, Prince Anders.

When reached by Mic, a representative for director Guy Ritchie said it was “Disney’s place” to comment. Disney has not yet responded to Mic’s request for comment.