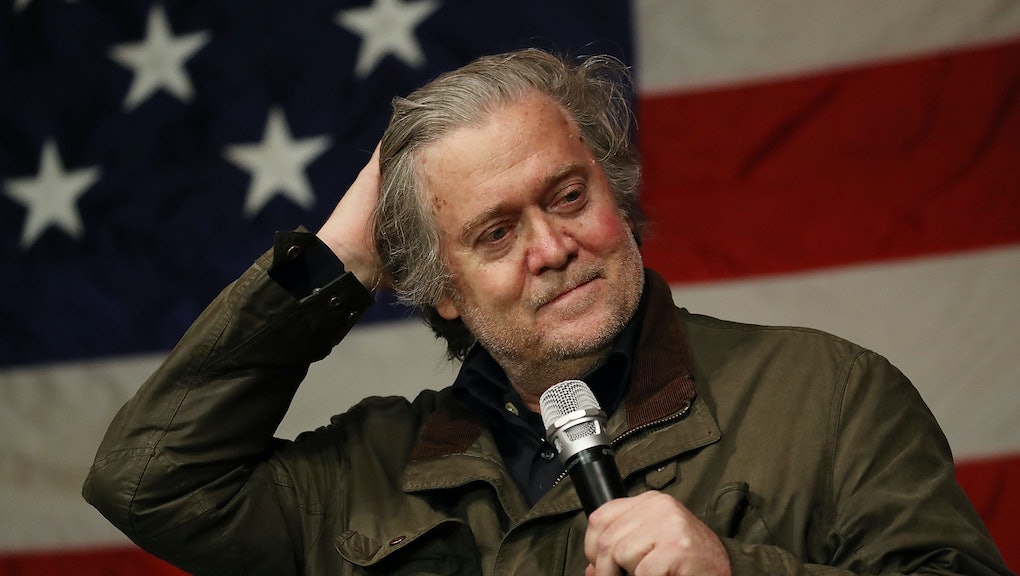 Former White House chief strategist Steve Bannon is stepping down from the helm of Breitbart News, the website announced Tuesday.

“I’m proud of what the Breitbart team has accomplished in so short a period of time in building out a world-class news platform,” Bannon said in a statement posted to Breitbart.

Since 2012, Bannon has served as the head of Breitbart News — the once-fringe-conservative website that’s risen to the fore since Trump ascended to the White House. The site took an active role in pushing Trump’s candidacy, cheering on his anti-immigrant and nationalistic policies.

But after Bannon publicly criticized Trump’s family, his tenure at the website looked shaky. The White House torched Bannon in a Jan. 3 statement, and White House press secretary Sarah Huckabee Sanders said Breitbart should “consider” ousting him from its ranks.

The White House attacks, including from Trump himself, led Bannon to issue a rare mea culpa.

Bannon was a key figure toward the end of Trump’s presidential bid, joining the campaign toward the end of summer 2016. Trump brought him along to the White House, but fired him in August. Yet Bannon remained a player in Republican politics, vowing to run insurgent primary candidates against incumbent GOP lawmakers whom he thought did not support Trump’s policies.

After that brouhaha, Bannon’s clout was diminished, but might not have been completely dead. It remains to be seen if his ouster from Breitbart will kill his political power.