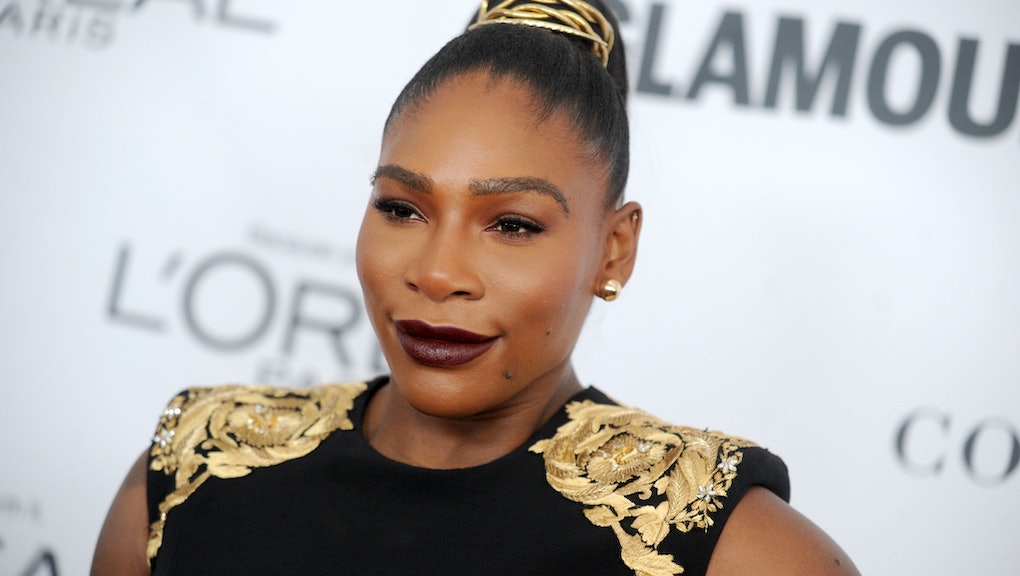 In the February cover story for Vogue, tennis great Serena Williams got candid about the realities of new motherhood — including the “low moments” that she said no one publicizes.

Since giving birth to daughter Alexis Olympia, now 4 months old, Williams said she’s dealt with feelings of inadequacy and a roller coaster of emotions, not all of which are positive or glamorous:

Sometimes I get really down and feel like, man, I can’t do this. It’s that same negative attitude I have on the court sometimes. I guess that’s just who I am. No one talks about the low moments — the pressure you feel, the incredible letdown every time you hear the baby cry. I’ve broken down I don’t know how many times. Or I’ll get angry about the crying, then sad about being angry, and then guilty, like, “Why do I feel so sad when I have a beautiful baby?” The emotions are insane.

In addition to the emotional challenges of motherhood, Williams also told Vogue that she was beset with health issues after she had an emergency C-section.

Although her new daughter was delivered healthily and successfully, Williams said her own medical struggles were just beginning. The athlete, who has had blood clots throughout her life, was unable to take her blood thinners after her C-section. Several days after the surgery, she consulted a nurse after realizing that she felt short of breath.

Williams told Vogue she had explained, while struggling for air, that she would require a CT scan and an IV drip of a blood thinner. But the nurse, Williams said, mistook her sense of urgency for possible confusion caused by her pain medication, and instead Williams received an ultrasound of her legs.

“I was like, ‘A Doppler? I told you, I need a CT scan and a heparin drip,’” Williams recalled thinking. A CT scan was then performed, and Williams was put on a blood thinner drip after the scan revealed several small blood clots had, in fact, begun populating in her lungs.

Although she was witty in her retelling of the experience to Vogue, the story of her ordeal comes at a time when health issues among black women in the United States have been the subject of increased scrutiny in the national conversation.

According to the Centers for Disease Control and Prevention, black women are 3 to 4 times more likely to die from pregnancy-related complications than white women — a statistic that, as ProPublica and NPR noted, can’t be pegged to one determining factor, like income or education, alone. The Washington Post also reported that research shows black Americans are undertreated for pain in comparison to white people.

Williams was treated and released from the hospital, but her experience tracks with racial disparities that many women of color experience in the health care system in the United States.