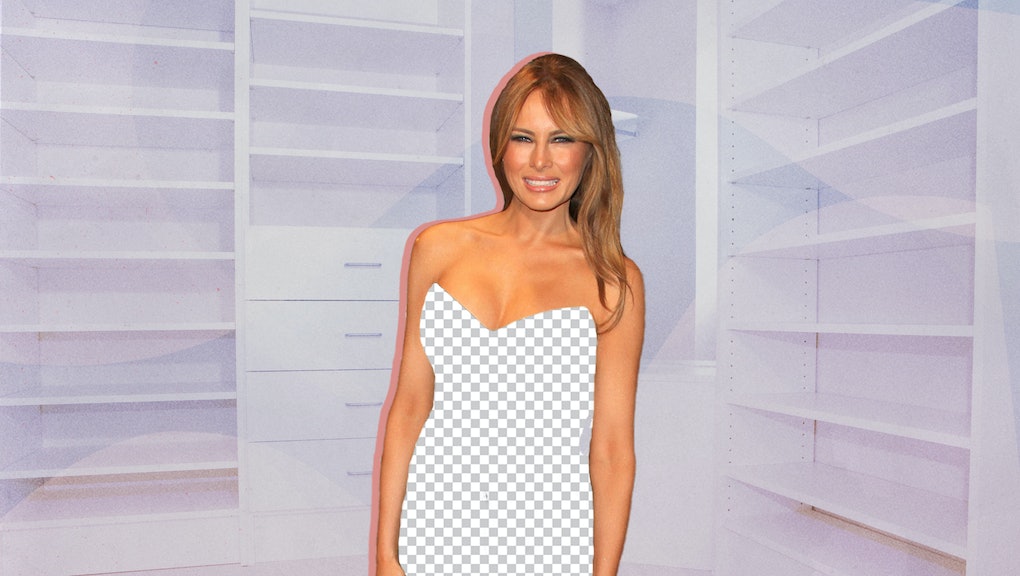 According to a tweet Trump sent Friday, that’s because of “meetings, meetings [and] more meetings!”

And while that must have been unbelievably fun for her, it’s not so fun for us — we can’t even speculate what she wore this week because we truly don’t know!

What a bummer that is, huh?

Since her Louboutins touched down on the White House lawn on New Year’s Day, Trump has gone as undetected as the millions of voters her husband claims voted illegally in the 2016 election.

Maybe next week will bring her out once more, if we’re lucky.

You can see previous recaps of what Melania Trump wore — when she did appear — here.