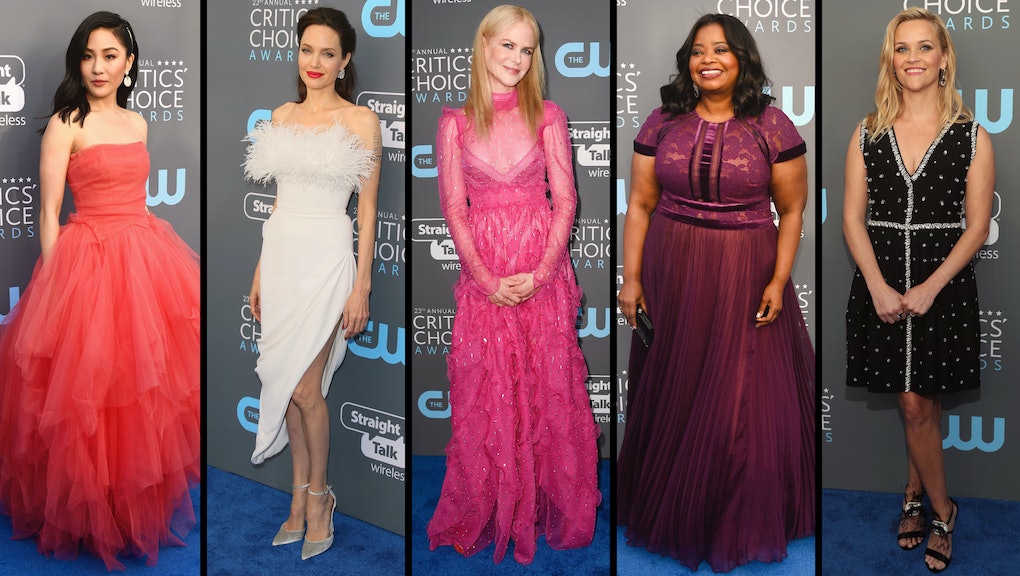 Now that the Golden Globes are said and done, you might have thought red carpets would go back to normal. We’d focus on the clothes and the trends and nothing more.

Well, friends, that’s just not the case. At the 2018 Critics’ Choice Awards on Thursday night, politics still creeped onto the red carpet — albeit in a much smaller way. While pointed black dresses and those “Time’s Up” pins did make appearances, the red carpet itself was soaked in color — Nicole Kidman wore hot pink, for instance — and far less of the women and men in attendance donned those pins.

Unlike the Golden Globes, those two sartorial statements just weren’t seen as nearly the obligation they once were. So let’s run through some of the best and most notable looks we saw last night, shall we?

The Time’s Up pin

Ironic that the creator of the eerily culturally relevant TV show The Handmaid’s Tale is the only truly notable man who wore that “Time’s Up” pin, isn’t it?

The Screen Actors Guild Awards on Jan. 21 are the next big awards show, so let’s see how politics shapes that red carpet.