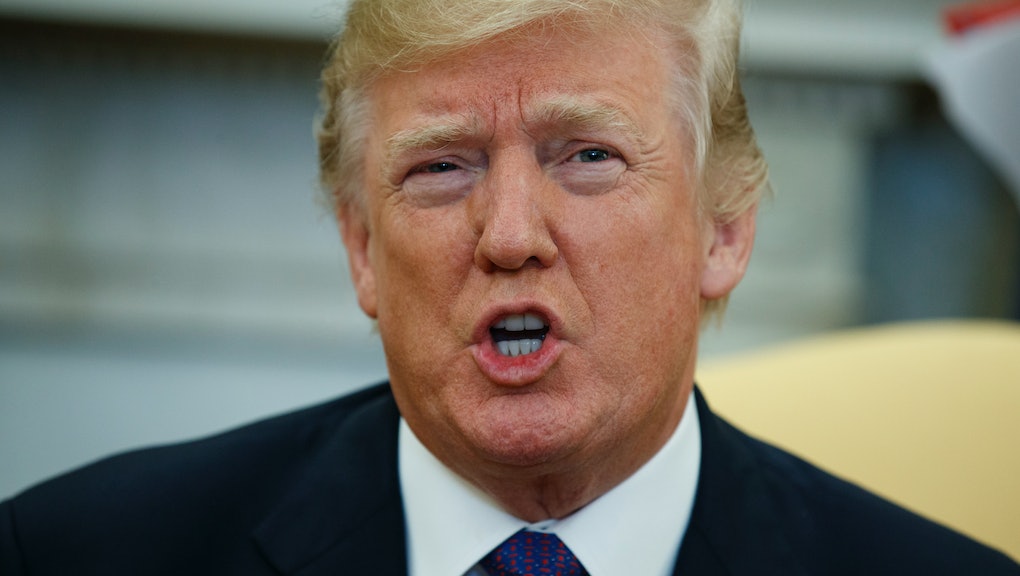 There are no shortcuts to defeating Trump

Wednesday’s dispatch: There are no shortcuts to defeating Trump

Tuesday’s opening act was the presidential physician, Rear Adm. Ronny Jackson, who dispelled rumors that Trump’s mental health was the cause of his recent spat of outlandish behavior.

But instead of moving quickly through the orchestrated sideshow, the White House press corps took the bait, probing Jackson with over an hour’s worth of questions, including many about Trump’s mental state and eating habits. Questions about Trump’s racist comments from the week before were effectively sidelined.

Even after Jackson made clear that Trump’s health is relatively normal for a man his age, the press corps continued to pursue a line of questioning that bordered on ableism and body shaming.

Why did this happen? And how did the press corps allow themselves to fall for such a distraction?

The answer is simple: The national media establishment, like many of Trump’s Beltway critics, are seeking a way to disqualify him from holding national office.

In their eyes, because Trump’s erratic behavior is so outside the norm, he must eventually be deemed by some kind of neutral referee as having broken too many of the rules to continue to play in the political arena.

The role of the neutral arbiter takes different forms, depending on the news cycle. Sometimes it’s the medical community assessing Trump’s health, sometimes it’s special investigator Robert Mueller probing the Trump-Russia connection and sometimes it’s Republican leadership, who Beltway insiders believe must at some point call for decorum and say that enough is enough.

Mainstream analysts and opinion writers have spilled a considerable amount of ink fantasizing about what it might take for GOP leaders to abandon Trump or remove him from office, while outlets like the New York Times have gone as far as publishing an editorial by known conspiracy theorists to fan the flames of the Russia investigation.

But all of this ignores fundamental truths about Trump and how politics work. Trump ran on a controversial and xenophobic platform that many of his base voters want him to continue to carry out in the White House. The Republican Party has had an uneasy alliance with this coalition of anti-immigrant, anti-multiculturalism voters long before Trump got elected.

And the most effective way to stop that agenda is to defeat it in the political arena — not through some kind of disqualification of the president that absolves all of his co-conspirators, but by fighting his ideas on moral and ideological grounds while offering a better vision for what the country could be.

Commentators on the left, like the Week’s Ryan Cooper, have been attempting to make this very point for some time now, arguing that the best place to channel anti-Trump sentiment is into a resounding electoral defeat.

Tuesday also gave a glimpse of what such an electoral defeat might look like. In a special election for a Wisconsin state Senate seat, in a district Trump won by 16 percentage points, Democrat Patty Schachtner bested her Republican opponent by nearly 10 points — an incredible swing.

If Trump’s critics can funnel energies into similar political victories, instead of hoping for some kind of bipartisan or nonpartisan disqualification, they might actually succeed in defeating Trumpism once and for all.

GOP leaders float new plan to avert a shutdown: Republican leaders in Congress have developed a new plan to fund the government by Friday and avert a shutdown. This includes funding the Children’s Health Insurance Program, delaying key taxes in the Affordable Care Act and putting off negotiations on a permanent solution for young undocumented people living in the United States.

Progressive Democrats are likely to bristle at the plan for not addressing issues with the Deferred Action for Childhood Arrivals program. But conservatives in the House Freedom Caucus may revolt over the spending plan’s potential to increase the deficit.

Trump administration to protect health workers who refuse to perform abortions or treat transgender patients: The U.S. Department of Health and Human Services has drafted a new proposal that would allow its civil rights division to shield health care workers who have moral objections to things like performing abortions or treating transgender patients.

Pentagon may be weighing using nukes to respond to cyberattacks: A new Pentagon plan for the U.S. nuclear strategy suggests the possible use of nuclear weapons to respond to widespread cyberattacks against U.S. infrastructure, according to the New York Times.

Justice Department accused of skewing terrorism data: The Department of Justice has been accused of skewing data in its latest terrorism report in order to overstate the role of people born outside the United States in committing terror attacks in the country. The move appears to be an attempt to justify Trump’s Muslim travel ban, by suggesting that foreign-born individuals carry out more terror attacks. In reality, most terrorism in the United States comes from white, domestic extremists.

Government accused of hoarding reconstruction supplies in Puerto Rico: The Intercept’s Kate Aronoff reported that utility workers in Puerto Rico are accusing the U.S. Army Corps of Engineers of hoarding reconstruction materials on the island that could be used to immediately help rebuild after Hurricane Maria’s devastation. Members of the island’s electricity workers’ union sent pictures to the Intercept they claim prove that USACE is keeping vital supplies locked away in “vast quantities” while workers on the island make due with what little supplies they have.

USA Today condemns Trump administration’s plan to put tariffs on solar panels: The editorial board of America’s largest newspaper strongly condemned the Trump administration’s anticipated decision to put tariffs on solar panel parts imported from China. USA Today argues that the move will significantly hurt workers in the solar panel installation industry, to say nothing of its potential long-term effects on the use of alternative clean energy.

We get a lot of things wrong about Martin Luther King Jr.’s legacy — he may have been nonviolent, but he was still controversial.

According to activist and educator Brittany Packnett, if King were still alive, he’d be kneeling with Colin Kaepernick, protesting at Standing Rock and fighting for immigrants in the United States.