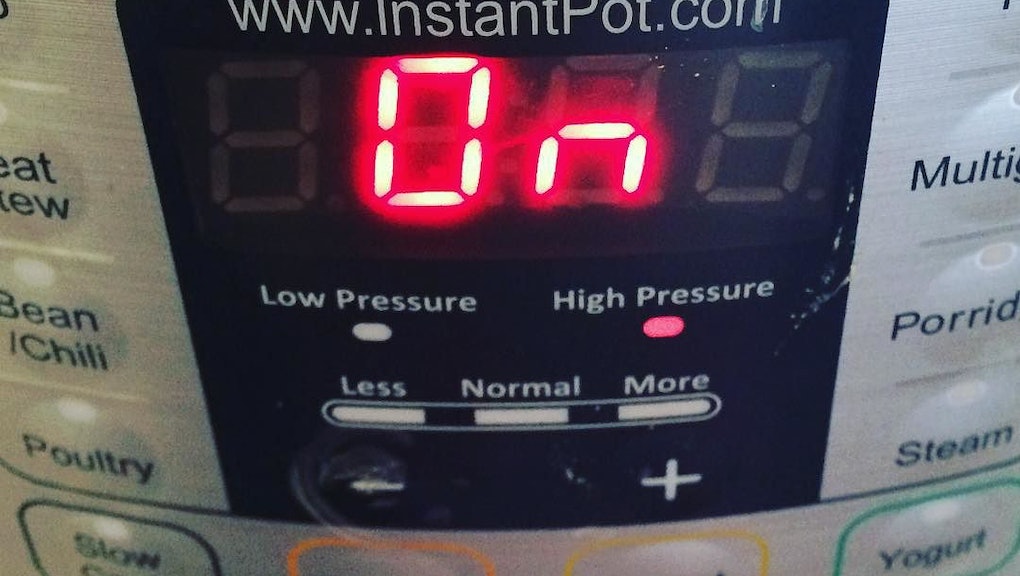 By this point, you’ve probably heard of the Instant Pot. Chances are, you or someone you know owns one. It’s an electric pressure cooker that can do almost everything and costs around $100. The first Instant Pot was created in 2009, and it’s been steadily amassing fans ever since.

The kitchen gadget is now the best-selling brand on Amazon, according to the company. On the first Amazon Prime Day in 2015, 24,000 Instant Pots were sold. The following year, that number increased to 215,000.

All of this happened with little to no marketing.

“We really spent very little money on advertising,” Robert Wang, the Instant Pot’s inventor, said in a Skype call. “Before 2016, we didn’t even have a marketing department, but we had a very large customer support department.”

The Instant Pot’s official social media presence is small and low-budget, but that doesn’t matter. The company’s fans are doing more than enough advertising on their own. That was Wang’s strategy from the start: make a product that’s so good people will tell their friends about it.

“When we started the business plan, the thinking was … let’s focus on the product,” Wang said. “Let’s get the product right. Let’s get the customer service right. Treat our customer well. Cooking is not a solitary event, you cook for your family, you cook for your friends. If you can cook a delicious dish out of Instant Pot, you will brag about it, you will talk to your friends. That is our plan of marketing.”

Instead of buying ads, Wang and his team sent Instant Pots to pretty much any blogger who expressed interest. Many of those bloggers loved the product and gave it rave reviews, contributing to the online fervor.

Word-of-mouth marketing works. “We have known since the earliest days of marketing that what one consumer says to another is much, much more important than what an advertiser puts on a billboard, puts in a TV ad or anything like that,” Bill Rand, assistant professor of marketing at North Carolina State University, said in an interview. “That word-of-mouth communication has the biggest effect on sales that can possibly happen.”

A huge portion of Instant Pot’s sales come from Amazon. Wang said he feels Amazon is the perfect marketplace for the Instant Pot since it gives him a direct line to customers. “If they have any issue, if they have any question, they contact us directly over email,” Wang said. “People write reviews. So, we got the customer feedback, which was really important in [the] early stage of the Instant Pot environment.”

“The bulk of marketing isn’t advertising a product after it’s made, but figuring out the needs and wants of consumers and identifying how to deliver that value to them in the product development process,” Alixandra Barasch, assistant professor of marketing at New York University, said in an interview. That’s exactly what Wang did: He created a product that provided people with such a great service that it marketed itself.