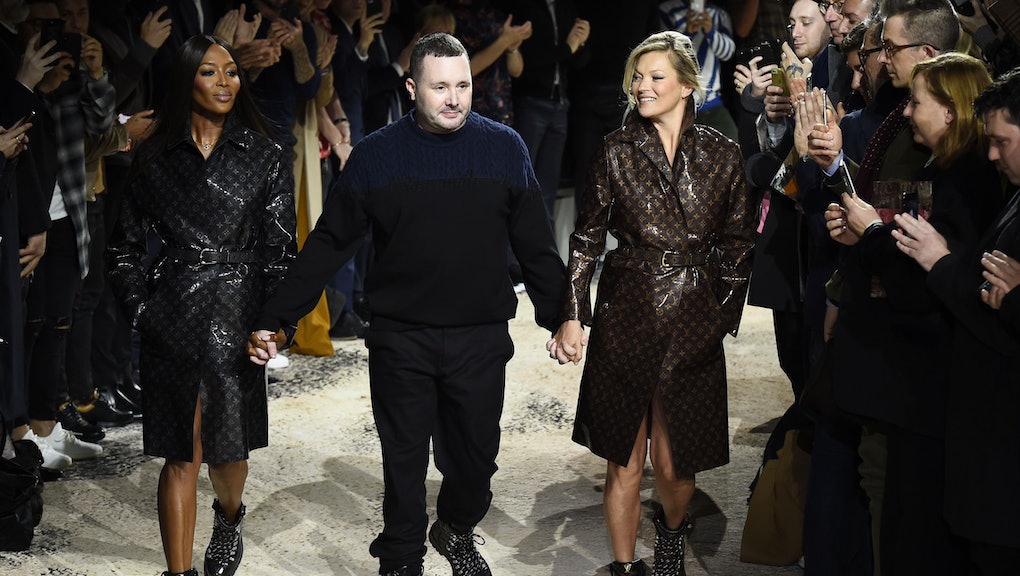 On Thursday, the fashion equivalency of two planets slamming into one another occurred when supermodels Naomi Campbell and Kate Moss, who remain unparalleled in the modeling industry, crashed the Louis Vuitton Fall 2018 menswear show in Paris as a way to bid adieu to the brand’s departing menswear designer, Kim Jones.

Amid a sea of well-tailored men rose Naomi, who really doesn’t require a surname at this point, snatched in a vinyl monogrammed trench coat covered in Louis Vuitton’s signature logo.

And then came Kate, who hadn’t walked a runway since 2013, in a similar brown version of the monogrammed coat.

This marked the first time in Jones’ seven-year reign as Vuitton’s menswear designer that women appeared in the show.

To close the show, Jones, whose departure announcement came just one day ago, took his final bow flanked, arm in arm, by the two fashion greats.

In an Instagram post, Jones thanked the two models as well as his predecessor, Marc Jacobs, who according to the post gave Jones the opportunity to take the reins of the brand in 2011.

The show was attended by the Beckham clan, including designer Victoria, model David and their son Brooklyn Beckham, as well as Joe Jonas, actor James Marsden and his son, model Jack Marsden, actress Gwendoline Christie and more.

What a way to go out.