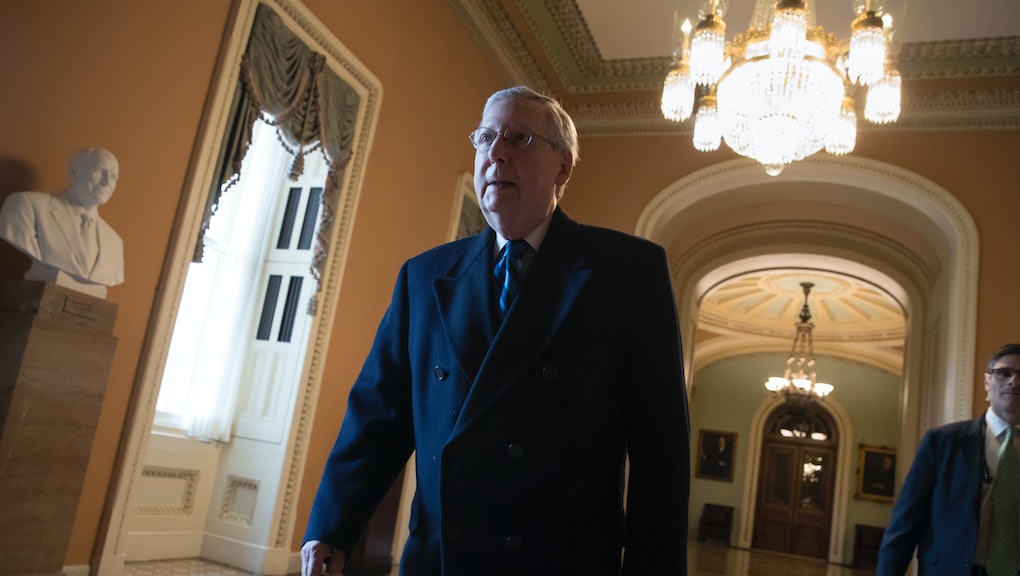 The U.S. government shutdown entered its second day on Sunday as Democrats and Republicans in Congress prepared for another round of negotiations over the federal budget and immigration.

The deal would not, however, include the protections for DACA recipients that Democrats have insisted on, the Post noted. Rather, Sen. Lindsay Graham reported that the short-term funding resolution would include an agreement to hold an immigration debate before the resolution expires in February.

The president suggested that Senate Republicans should invoke the “nuclear option,” which would allow legislative votes to pass with a simple majority, rather than 60 votes.

“The Republican Conference opposes changing the rules on legislation,” a representative for McConnell said in a statement Sunday morning.