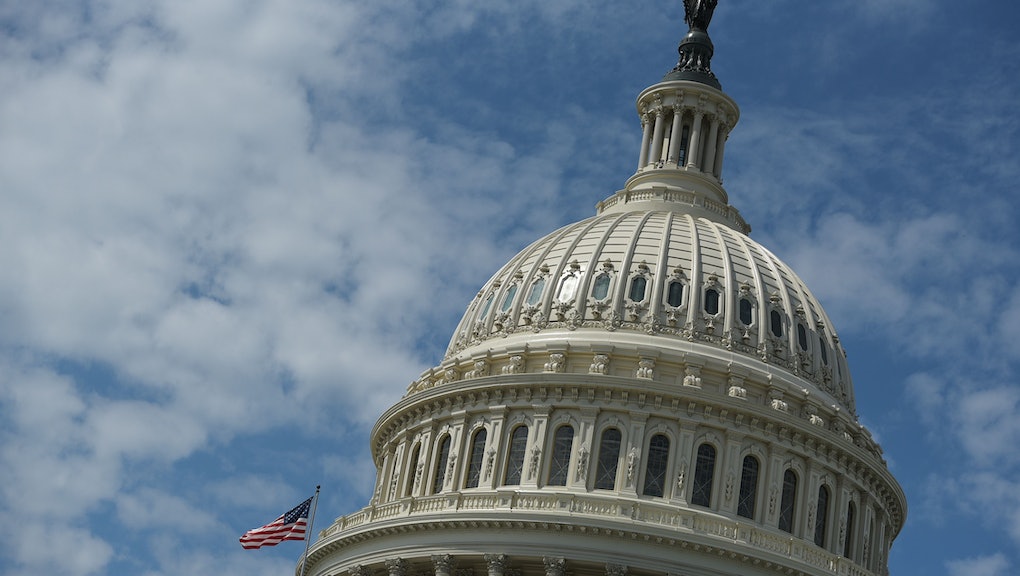 The Senate voted to advance a bill that would reopen the government on Monday after Senate Democrats agreed to vote for legislation that funds the government through Feb. 8, on the condition that Republicans put an immigration bill to a vote.

The bill advanced by a vote of 81 to 18, with a handful of rumored Democratic presidential hopefuls voting no.

The bill is expected to pass the House, which also needs to vote, ending the nearly three-day-long shutdown.

As part of the deal Senators worked out, Senate Majority Leader Mitch McConnell agreed to bring an immigration bill that codifies the Deferred Action for Childhood Arrivals program into law to a vote, on the condition that the government remains open.

“Should the issues not be resolved by the time the funding bill before us expires on Feb. 8, so long as the government remains open, it would be my intention to take up legislation here in the Senate that would address DACA, border security and related issues,” McConnell said Monday morning in a speech on the Senate floor.

Roughly 800,000 undocumented immigrants who came to the U.S. as minors have been legally residing in the country under DACA, so long as they’re attending school or have a job. Former President Barack Obama created the program after years of inaction by Congress to address this class of undocumented immigrants.

However, President Donald Trump — who said Obama didn’t have the legal authority to create DACA — announced the program will end on March 5 if Congress doesn’t pass a bill codifying the program into law.

Democrats are choosing to trust McConnell’s word that he will put DACA legislation to a vote. However, McConell has broken promises to take up legislation before, including some made to members of his own party.

In December 2017, McConnell promised Sen. Jeff Flake (R-Ariz.) that if Flake voted for the tax reform bill, he’d take up a bipartisan compromise on DACA in January. A bipartisan group of lawmakers did reach a compromise on DACA in early January, but McConnell didn’t put the bill to a vote — moving the goal post by saying he wouldn’t bring anything to a vote that Trump didn’t agree with.

McConnell also promised Sen. Susan Collins (R-Maine) in November that if she voted for the contentious tax reform bill, he’d put a bipartisan bill to shore up the Affordable Care Act insurance marketplaces to a vote before the end of 2017. That didn’t happen.

In announcing the deal on Monday, Senate Minority Leader Chuck Schumer made the point that if McConnell didn’t hold up his end of the bargain, he “will have breeched the trust of not only the Democratic senators” but Republicans, too.

Even if an immigration bill passes the Senate, however, it’s unclear whether House Speaker Paul Ryan would bring up the same bill in the Republican-controlled House.

It’s also still unclear what bill Trump would sign. Trump has changed his position numerous times about what kind of DACA solution he supports, and has ratcheted up his anti-immigration talk in recent days, calling certain nations with majority-black populations “shithole countries.”