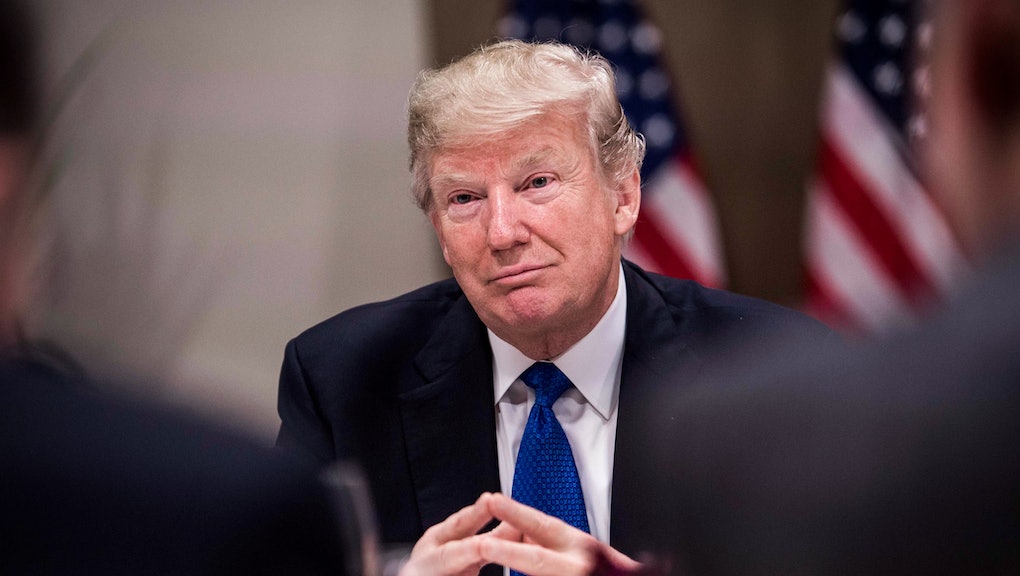 Trump managed to enrage everyone with his immigration reform proposal

According to the White House, President Donald Trump would sign a bill that would provide a pathway to citizenship for roughly 1.8 million undocumented immigrants who were brought to the U.S. as minors — known colloquially as “Dreamers” — so long as the bill also included a $25 billion trust fund for a wall on the U.S.-Mexico border as well as cuts to legal immigration by limiting family migration and ending the visa lottery system.

While anti-immigration hardliners are mad Trump is offering a pathway to citizenship for DACA recipients, saying he is breaking his promise by giving amnesty to undocumented immigrants.

And the outcry from both sides doesn’t bode well for the prospect of Congress reaching a deal to address DACA before it expires March 5 — the arbitrary deadline Trump put on the program last year.

“The Trump administration’s anti-immigrant framework is an act of staggering cowardice, which attempts to hold the #DREAMers hostage to an unmistakable campaign to make America white again,” House Minority Leader Nancy Pelosi (D-Calif.) said in a statement Thursday night.

“Twenty-five billion in taxpayer funds to build a monument to Trump’s ego and extreme immigration policy? No, thank you,” Rep. Frank Pallone (D-N.J.) tweeted, adding that, “DACA recipients should not be a bargaining chip.”

“The American people have a right to enforcement of our laws and a right to a sealed border. Illegals have no right to be here and have ALL violated our laws. This #amnesty deal negotiates away American sovereignty,” Rep. Steve King (R-Iowa), one of the most staunchly anti-immigrant members of the House, tweeted Friday morning.

Breitbart, the far-right website that has been a cheerleader for Trump’s anti-immigration stance, blasted the framework as “Don’s amnesty bonanza.”

A bipartisan group of senators are still working on crafting an immigration deal that can muster 60 votes in the Senate — enough to avoid a filibuster and put pressure on the Republican-controlled House to approve the deal. And they’re hoping to reach that deal before Feb. 8, when the current government funding deal expires.

It’s unclear if that’s possible, especially given the response to the framework Trump released.