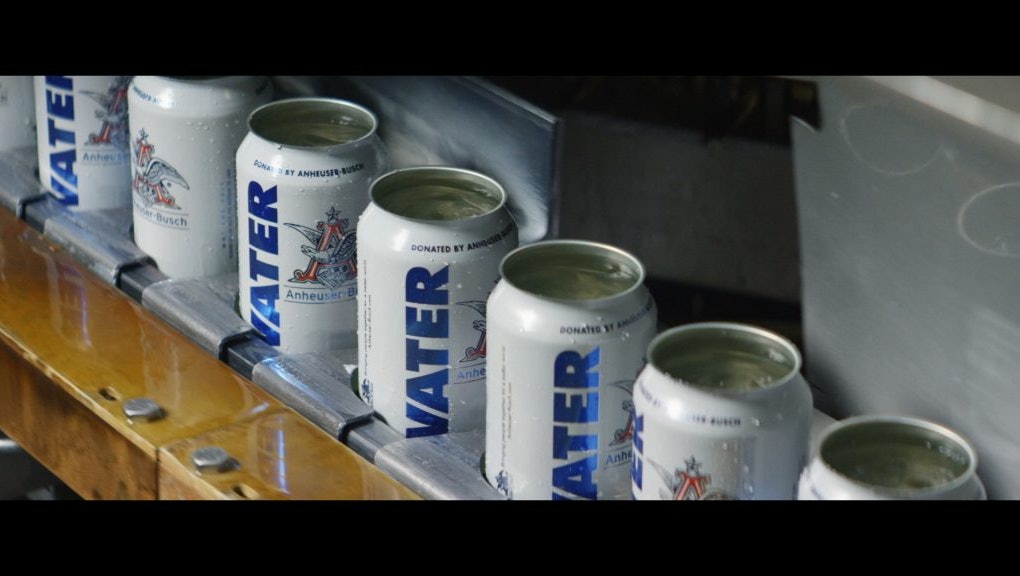 2018 is shaping up to be yet another year when brands insert themselves into the news cycle. In 2017, Anheuser-Busch released a heartwarming ad that saluted immigrants who overcome hate; in 2018, the beer conglomerate is going in a slightly different socially conscious direction.

On Friday, A-B released its latest Super Bowl ad that recounts how several of the company’s brewing facilities packaged emergency water that was shipped to areas affected by natural disasters.

The commercial shows Kevin Fahrenkrog, general manager of the Cartersville, Georgia, brewery, waking up to receive a phone call at 3:42 a.m. “I’ll be right there,” he says, then kisses the forehead of the woman sleeping next to him. Fahrenkrog drives through the dusk to the brewery, while a voice on his car radio announces that a storm has affected thousands of families who are in need of aid.

Viewers see the Cartersville brewery churning out cans of water, and the ad ends with Fahrenkrog home again, his wife looking at the news of Budweiser donating cans of water and then turning to her husband with a slight, proud smile.

In 2017, A-B delivered over 2 million cans of water to communities hit by hurricanes, flooding or wildfires, a press release noted. At the end of the ad, the names Texas, Florida, Puerto Rico and California flash on-screen — all areas impacted by natural disasters in 2017. What the commercial doesn’t feature is any footage of the communities in need.

According to an A-B spokesperson, the beer conglomerate will have six commercials airing during the Super Bowl for a total of four minutes of ads. The spokesperson could not confirm how much it costs to air the ads during the big game, but given the price for a 30-second ad was about $5 million in 2017, odds are good that four minutes of airtime is worth tens of millions of dollars. In addition to the ad about emergency water, a Stella Artois (another A-B-owned beer) ad tells viewers the corporation will donate water if people buy a Stella-branded glass “chalice.”

While there’s no disputing that donating water to communities in need is a very good thing, the Budweiser ad — with its soaring soundtrack of “Stand by Me” — comes off as an extremely public pat on the back. Is the ad better than Pepsi’s misguided 2017 attempt at an ad featuring protesters? Most definitely. Could the money spent producing and promoting the ad be put toward a cause worthier than brand awareness? Probably.