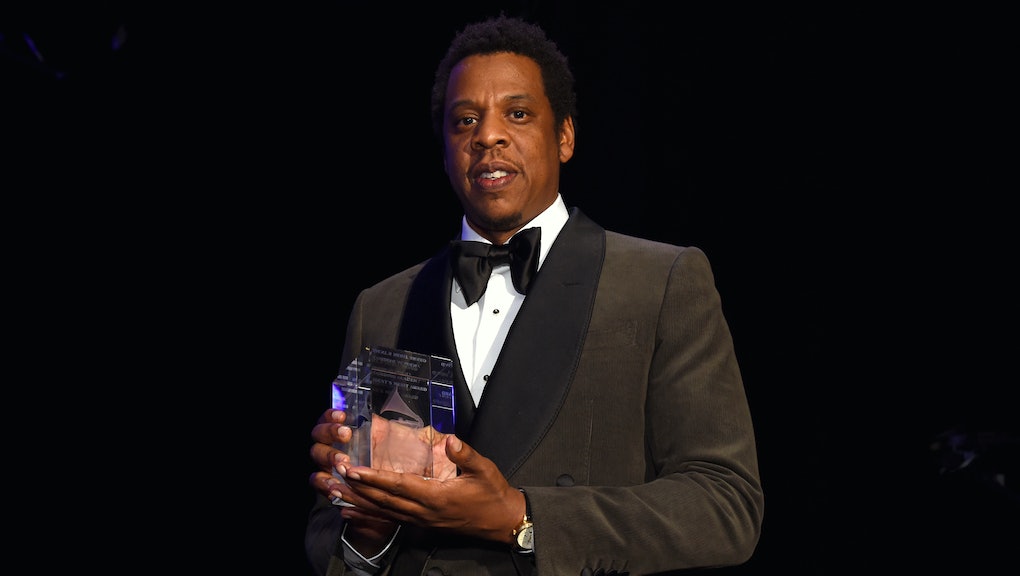 On Sunday morning, President Donald Trump fired off at one of his most recent critics: legendary rapper Jay-Z.

Responding to a CNN interview in which Jay-Z, real name Shawn Carter, criticized the president’s alleged “shithole” comments about African countries as “hurtful.” Trump chastised Jay-Z for not acknowledging the supposed impact Trump’s presidency has had on black unemployment, an achievement Trump previously touted on Twitter.

“Somebody please inform Jay-Z that because of my policies, Black Unemployment has just been reported to be at the LOWEST RATE EVER RECORDED!” Trump tweeted Sunday.

Black unemployment has, in fact, dropped to a historic low; NPR noted that the current rate is 6.8%, the lowest since 1972.

The unemployment rate, however, has been on a steady decline since before Trump took office, both NPR and the New York Times noted, and the low rate likely has little to do with Trump.

Jay-Z described Trump as a “superbug” representing the problem by ignoring racial tensions in the Saturday CNN interview. As another example, the rapper used former Los Angeles Clippers owner Donald Sterling having his team taken away from him after he made racist comments in 2014, suggesting that those above Sterling should have “let him have his team and then let’s talk about it together.”

“Because once you [just take the team away from Sterling], all the other closet racists just run back in the hole,” Jay-Z said. “You haven’t fixed anything. What you’ve done was spray perfume on a trash can.”

“You don’t take the trash out. You keep spraying whatever over it to make it acceptable and then, you know, as those things grow, then you create a superbug,” Jay-Z added. “And then now we have Donald Trump, the superbug.”

“Donald Trump is a human being, too,” Jay-Z clarified. “Somewhere along his lineage something happened to him ... and he’s in pain and he’s expressing it in this sort of way.”

Trump’s emphasis on black unemployment, however, will likely do little to quell Jay-Z’s criticism of the president. The music mogul was asked specifically about Trump’s claims about black unemployment by host Van Jones during the CNN interview, responding that it was not okay for Trump to say “terrible things” while supposedly improving African-Americans’ economic situation.

“It’s not about money at the end of the day,” the rapper maintained. “Money doesn’t equate to happiness. It doesn’t. That’s missing the whole point.”

Jay-Z added, “You treat people like human beings. That’s the main point. It goes back to the whole thing — ‘treat me really bad and pay me well.’ It’s not going to lead to happiness. It’s going to lead to, again, the same thing. Everyone’s going to be sick.”