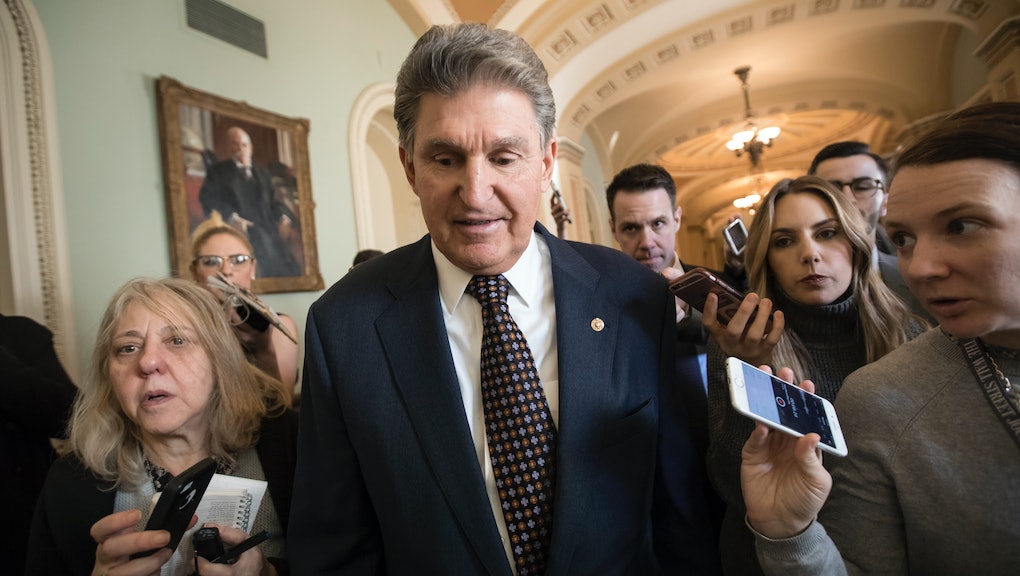 President Donald Trump’s divisive comments have been dismissed as “locker-room talk” and “kitchen table talk” in the past, but now there’s a new way of explaining Trump’s behavior: New York talk.

When asked by host Chuck Todd about his reaction to the Times report, Manchin responded: “Again, that’s New York talk. I look at it strictly as the New York language that they have, which is different than most other people.”

This was the second time during the Meet the Press interview that the West Virginia senator had referenced the president’s New York roots, after previously describing the clashes on immigration between the president and Senate Minority Leader Chuck Schumer (D-N.Y.) as “New Yorkers talking to each other.”

“I don’t understand that language. But that’s how they talk,” Manchin said about Schumer and Trump.

Manchin did not clarify what he meant by “New York talk” when Todd asked him to explain his phrasing. The host noted, “I get what you’re trying to do there. But it’s a reelection year. I get that. You’ve got to be anti-New York in West Virginia.”

“Chuck, here’s the thing, you have a person who’s the president of the United States that has been totally in control of his life, personally and his professional[ly]. He’s been very successful,” Manchin instead responded. “He’s been able basically to either do things incentive-wise through checks, bonuses, money or organization or organization changes, things of this sort. He’s had total control.

“Now all of a sudden he’s understanding there’s equal branches and there’s equal powers. But also there’s checks and balances. He’s having a hard time with that. Hopefully, I think that’ll all come,” Manchin continued.

According to the New York Times report — which did not quote any specific language that Trump used during the alleged incident — Trump attempted to fire Mueller in June, only to back down after White House counsel Don McGahn threatened to quit over the decision.

The Times report also claimed that Trump has considered firing Deputy Attorney General Rod Rosenstein, who is overseeing Mueller and has the sole authority to dismiss him. Should Trump terminate Rosenstein, Manchin said Sunday, the situation would become far more serious.

“I think at that time there’ll be Democrats and Republicans saying, ‘Time to protect the judicial system and the three branches of government having equal power,’” Manchin said about Rosenstein’s hypothetical firing. “Absolutely.”