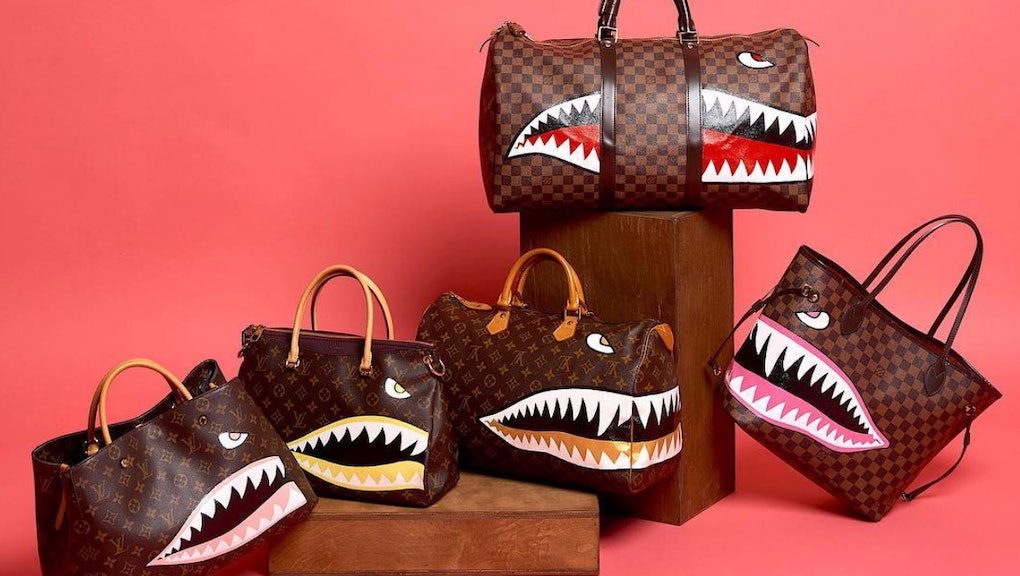 Luxury handbags are unaffordable — but with your help, this fashion startup could solve that problem

Luxury handbags from Céline and Saint Laurent to Mansur Gavriel and Alïia, while highly coveted, are not exactly known as prime candidates for resale. In fact, according to Rebag founder Charles Gorra, some 80% of luxury handbag owners are not engaged in reselling or recommerce, as it’s called, instead leaving gently used bags to build dust in their closets.

Gorra, formerly of Rent the Runway, noticed this trend in global digital sales for the women’s luxury fashion industry — which has an estimated market size of about $12 billion in 2018 according to a recent analysis — and saw an opportunity. Beyond wanting to extend a bag’s life cycle, he wanted to simplify and accelerate the ease with which these bags are sold. From there he created Rebag, a high-end designer handbag e-consignment store. “One of our missions is to make luxury accessible,” Gorra said in an interview with Mic.

To that end, while its luxury bags can climb up to $40,000 (for a crocodile Hermes’ Birkin), Rebag’s bags resell in the low hundreds. Fendi baguettes and Louis Vuitton papillons, for instance, start in the mid $300s. Then there’s the mid-tier bags, like your single-flap/double flap Chanel bag which can come in at around $1,500 to $3,000. These stats indicate both the broad definition of luxury and the wide price range. So what are the top sellers? “Right now it’s all about Gucci,” according to Gorra — something Gucci’s own recent sales stats confirm.

“Initially it started with observation,” Gorra said, explaining how he spent between six months to a year going through hundreds of people’s closets, offering to take all of their clothes and resell them. He used eBay and similar websites, as well as consignment stores, to try and sell the products, quickly experiencing firsthand the complexity of these processes. His goal: to remove this frustration.

Why bags? According to Gorra, bags are a desirable category largely because of our obsession with high-low fashion, the pairing of more affordable fast fashion with one or two luxury accent items.

The process begins with the customer sending in a few pictures of the bag. Within a few hours, based off pictures alone, Rebag will offer up a price. Next comes turning in the bag. For New York City residents, the company will do a live pick-up (for free); anywhere in the U.S. they’ll send a prepaid box. Then comes the audit, in which a rigorous authentication process makes sure the bag is real — fakes are, as Gorra noted, unfortunately everywhere.

“There’s now what we call super fakes, a new generation of fakes that are super hard to figure out,” he said. After confirming the bag is real and sending the buyer an authentication card, the company also offers a lifetime warranty on bags — something many brands do not.

Gorra is on a mission to end the use of words like “dirty,” “shady” and “disgusting,” which are often associated with resale, and instead said he wants to emphasize the luxury element of the resale process. To learn more about Rebag, check out Mic’s interview with Charles Gorra below: