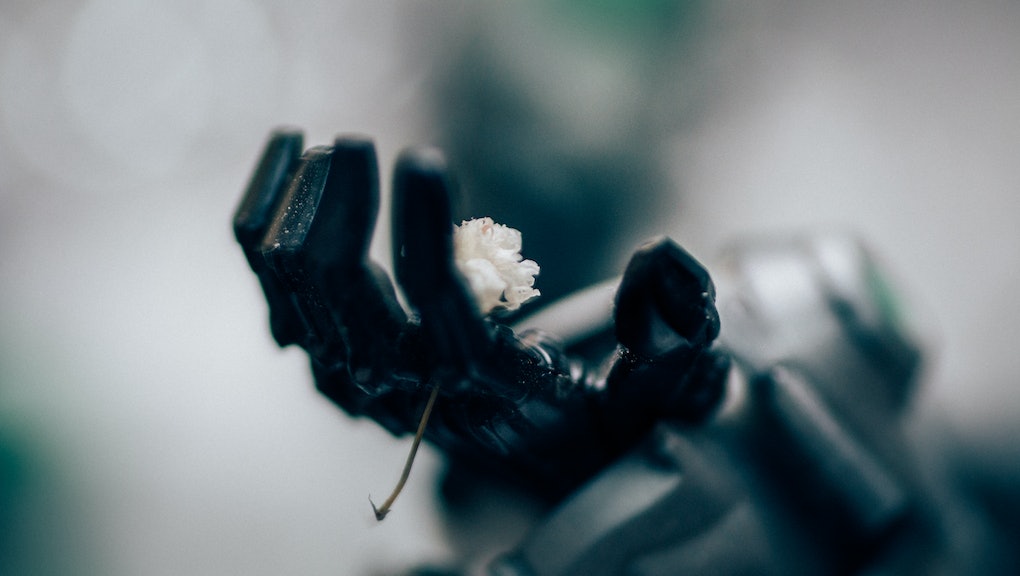 The rise of artificial intelligence, automation and robotics are often met with mixed feelings, from the fear of job replacement to fascination with convenience. Whether you’re for or against automation, consider how some innovations help improve the human condition before you solidify your stance.

For example, in the medical field, AI systems are being trained to detect cancer more accurately and efficiently. After the Sept. 19 earthquake in Mexico City, remote-controlled snake robots were used to search for survivors among the rubble.

Extraordinary scenarios like these are becoming more common as technology progresses. The factory floor is another place you can look to as a definitive example of how robots benefit physical safety.

Since 1961, modern industrial robots have been used to innovate the manufacturing industry, not only to increase productivity, but also to make overly monotonous and dangerous tasks safer.

Arconic, a technology, engineering and advanced manufacturer, is one company that has embraced the safety benefits automation offers. Boyd Mueller, vice president of technology at Arconic, oversees the investment casting process in which huge ceramic molds are constructed around wax patterns by dipping the patterns into ceramic slurries. The ceramic molds are then filled with molten metal to produce investment-cast metallic components.

Before the introduction of robots, the physical strain on workers doing the heavy lifting would often result in injuries. In addition, “We used to be limited by the constraints of how much a person could lift,” Mueller said.

“Environmental health and safety has always been a core value for the company,” Meyers said. “Separating workers from the more hazardous parts of our operations [like loading and unloading] has helped us to reduce everything from hand and finger injuries and ergonomic strains and sprains to even the more serious injuries that could lead to fatalities.”

One example Myers shared was automated guided vehicles, or driverless vehicles programmed to operate based on laser-supported positioning systems. These vehicles detect reflector marks within their environment to determine where they are within the facilities. The AGVs have helped eliminate hazards associated with blind spots and potential collisions that can happen with standard forklifts — a risky situation when moving extremely heavy objects, such as 40,000-pound aluminum coils.

Casey Powell, a crane operator with over 19 years of experience at Arconic, offered insight into how he and his colleagues benefit from technological advancements with crane operation safety. “Smart crane technology is highly effective at enabling me to keep my crane loads within the ‘safe zone’ and helps to avoid potential collisions in my work area,” Powell said.

Arconic uses blue light technology to delineate a vertical drop zone on the floor when large loads are transported throughout the plants. Blue safety lights are also mounted to the front and back of forklift trucks to help warn workers like Powell and keep them out of harm’s way.

The company’s numbers show a dramatic reduction in incident rates after the introduction of automation on the factory floor. After switching from manual to automated loading, Arconic’s wheel and transportation products group saw a 500% reduction in recordable injuries since 1997.

Industry leaders are disputing the common misconception that jobs would be lost. “Our philosophy is more about ‘autonomation’ and having a person perform tasks which require dexterity, reasoning and making judgements,” Mueller said. “We used to have a fair amount of people working specific tasks. Now those same people are performing parts of those tasks with the robotic machines.”

This relationship between human and machine is mirrored in construction. Robert Davis, a civil engineer and project manager at a construction group, has worked on many sites that have implemented new technologies to improve productivity. He is researching new ways to improve safety onsite.

Davis is already using drone technology to map sites more efficiently and record progress on projects. “X-rays are a technology we’d like to incorporate into our safety operations,” he said. “When pouring a cement foundation, there are metal rebar structures and support tendons that are difficult to avoid ... without knowing specifically where they’re located.”

When it comes to robots, it’s more about automating tasks rather than taking jobs and, in many cases, making certain tasks safer to perform. Humans will always be needed to get the work started and finished, Davis said: “We won’t be fully replaced, but technology is changing the nature of the workforce.”

Myers echoed the sentiment. “The work has moved out of the workers’ hands and into the workers’ minds,” he said.