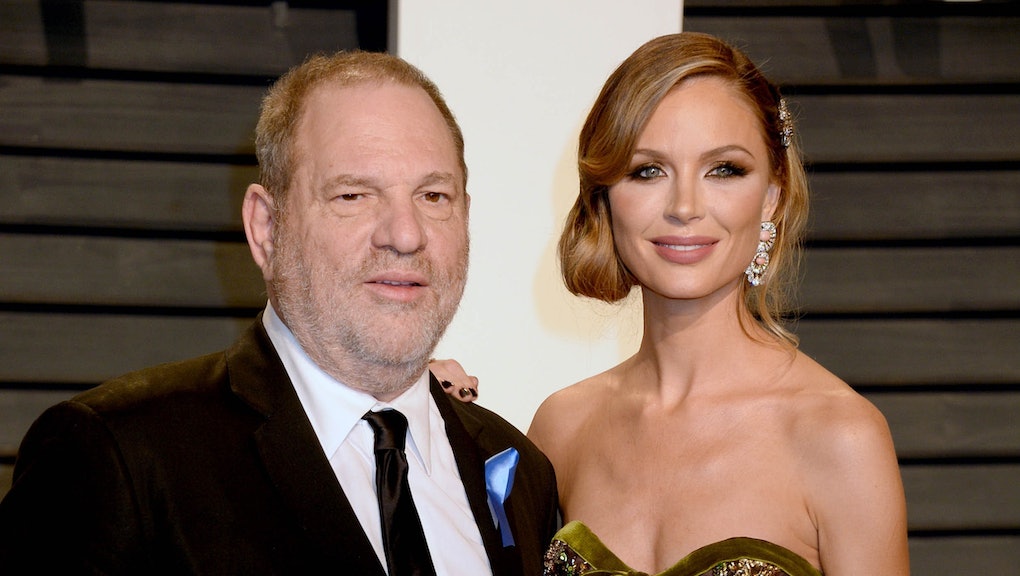 New York Fashion Week, already facing a designer exodus, just took another hit. This time it’s Marchesa — which was expected to show its ethereal gowns, long-beloved by celebrities, on Valentine’s Day — that has decided that it won’t be hosting a show of its own at NYFW.

One of the reasons behind this move reportedly involves the fact that Georgina Chapman, one of the brand’s founders and designers, is the estranged wife of Harvey Weinstein. And as more sexual harassment and abuse allegations pile up against him, all while the Time’s Up movement persists from awards show to the State of the Union, Marchesa has apparently decided that now is not the right time to put on a show.

The allegations against Weinstein went public in October with a story in the New York Times, hours before Marchesa presented its fall 2018 bridal collection at a showroom.

Days after the initial story, as more allegations poured in, Chapman announced that she was leaving her husband.

“My heart breaks for all the women who have suffered tremendous pain because of these unforgivable actions,” she told People. “I have chosen to leave my husband. Caring for my young children is my first priority and I ask the media for privacy at this time.”

Since then, Chapman has been mute on her social media.

In regards to the cancelled NYFW presentation, a Marchesa spokesperson told Mic: “Marchesa is looking forward to presenting their Fall 18 collection in an updated format this season.” That “updated format,” according to the brand, is a digital presentation.

Mic has reached out to Navia Vision, the company that was set to produce the show, fur further comment.