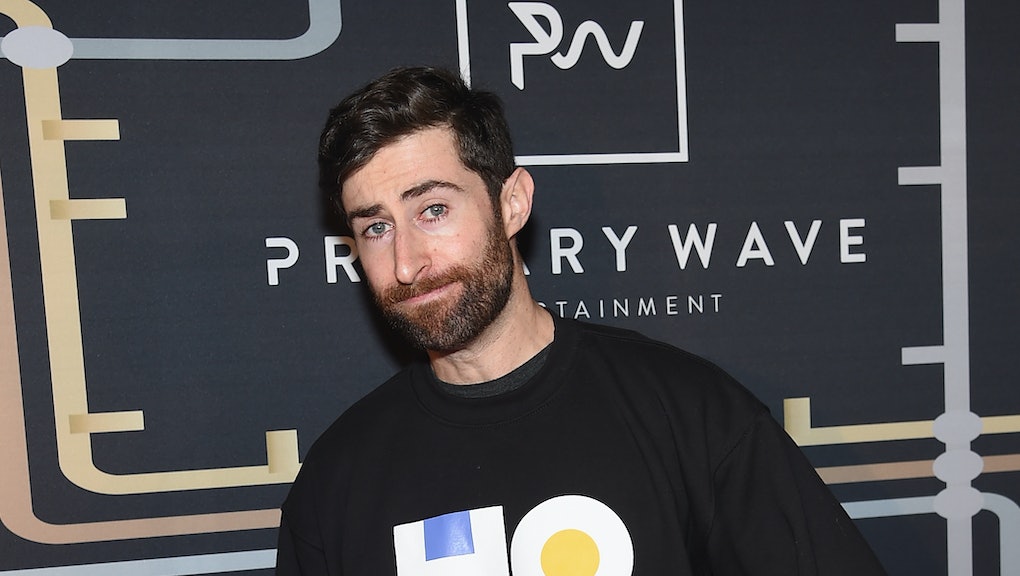 How HQ, the trivia app and cultural phenomenon, hacks your brain

By now, you’ve probably heard of HQ, the wildly popular trivia app that lets you participate in a live game show and win real money. The app was released in August and grew into a cultural phenomenon in months. It has boasted more than 1 million players in a single game. The app recently encountered controversy after it was funded by controversial venture capitalist and former Trump adviser Peter Thiel.

Here’s how it works: There are usually 12 multiple-choice questions that give players just a few seconds to answer them correctly. After each question, the players who guessed it wrong are eliminated. At the end, those who answered every question right get a share of the cash prize, which is often around $2,500 but has been as much as $20,000 in one night. When there’s a large pool of winners, though, they net hilariously small sums of money.

But it doesn’t matter how much they take home; when people win, they tend to freak out. Viral videos have shown people screaming and crying over winning about 10 bucks.

So what’s the secret? I talked to behavioral scientists and game winners about why it’s so addictive. This is your brain on HQ.

Basically, HQ is designed to make us think we’re smarter than we really are. When we watch half the players in the game get eliminated — the game would call that a “savage question” — it makes us feel smart. Yet when we make a mistake, we tend to blame external factors.

This is a concept in social psychology called the fundamental attribution error.

“Essentially, when I make a mistake, I think it’s circumstantial,” Sekoul Krastev, a behavioral scientist who cofounded a think tank called the Decision Lab, said in a Skype call. “When someone else makes a mistake, I think there’s something wrong with them. I attribute it to their personality or their actual talent.”

To put it simply, HQ players think they have a real shot at winning, even though the odds can be really, really low. In one game with 1.2 million players, there were about 400 winners, meaning everyone had about a 1 in 3,000 chance. Each winner took home $24.45.

“That’s what happens if you take a million [players] and divide it by two 12 times,” Krastev said. “But people … actually feel like they have a much bigger chance.” Krastev described what our brains tell us when we watch other players get eliminated: “‘Oh, wow, 400,000 people just left; I’m still here. That means that I must be so good.’”

It may be irrational, but it sure feels good to watch masses of competitors fail.

The money is just another psychological trick.

Most players will never see a dime from HQ, and some winners say they aren’t motivated by the cash prize. But the money definitely makes people more likely to play HQ regularly.

“They’re giving these tiny, tiny amounts of money, so nobody is really playing for the money, but it gives your subconscious or your primal brain this incentive or excuse to [say], ‘OK, this is a good reason to play,’” Zoë Chance, professor at the Yale School of Management and an expert in persuasion, said in a Skype interview.

“I think the fact that it is money makes the reward valuable,” Krastev said. “But it’s not the amount that matters. It’s apparently the fact that people feel like they’ve done something of value once they win the game.”

No one really plays for the money. But the small cash prize makes people “feel like they’ve done something of value once they win.”

People tend to play the game in groups and help one another with the answers. “I don’t think I’d play if it weren’t for the social aspect, because when I’m playing with friends there’s a very fun thing to being the person who can be like, ‘I know this one. It’s one!’ I don’t know why, but it just feels joyous even when we’re fucking up,” Demi Adejuyigbe, a television writer and HQ winner, described in a Skype interview.

“The fear of missing out is a big factor,” Krastev said. “There’s also this critical mass at some point. Because if you hear about it more and more often, it starts to go from just being a game to kind of being a social movement. Kind of like Pokémon Go. I’m playing it because I don’t want to miss out. I want to be a part of this big movement.”

“I’m playing [HQ] because I don’t want to miss out. I want to be a part of this big movement.”

HQ is a game show for the next generation — but it uses the same tricks to hook us.

Most HQ winners I talked to said they grew up on Jeopardy! and other game shows.

“The game show draws you in,” said Nate Lamagna, a social media manager and HQ winner. “These are everyday joes just like you, who maybe have this lottery-wheel chance of making it big.”

Lamagna compared HQ to Millionaire. “There’s plenty of thinking time. There are a lot of questions that are entry-level and really obvious. It’s enough to make you think, ‘That could be me in this chair, playing to the top prize.’

“It’s recreating that game-show experience of ‘I’m part of this; I have a chance to win this prize. I’m playing alongside this quirky host,’ he continued. “It kind of hits all these buttons.”

“These are everyday joes just like you, who maybe have this lottery-wheel chance of making it big.”

Trivia is the opposite of “fake news.”

For some players, trivia isn’t so trivial. And maybe HQ, as silly as it is, is the perfect game for this particular moment.

“With the political climate as it is, and as crazy and as ridiculous as it can be, trivia is the idea that facts still exist and facts still matter,” Lee DiGeorge, a teacher and HQ winner, said. DiGeorge even said he used his HQ winnings to buy subscriptions to the Washington Post and New York Times.

“They’re still facts, and they still exist, and there is now fake news when you’re looking at a trivia question.”