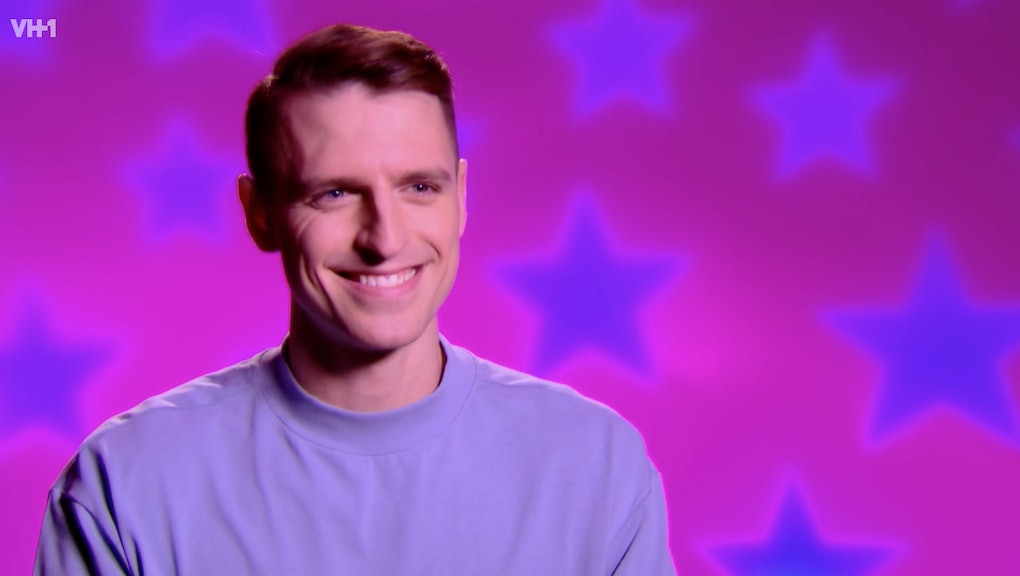 In the very first episode of All Stars 3, the season’s only clear-cut villain — the “I’m not here to make friends; I’m here to win” queen of the season, Morgan McMichaels — was eliminated. In the wake of Morgan’s elimination, the show’s editors seem eager to pass Morgan’s love-to-hate-her characterization onto a new unwilling host.

If episode two of All Stars 3 is any indication, that responsibility has fallen to Milk, the season six alumna who wants to make sure you know that she knows, like, a lot about fashion. Just ask Céline Dion’s wedding event planner, who allegedly once told Milk his Céline Dion impersonation was perfect and definitely wasn’t just a bartender who wanted to hook up with Milk. (Though, of course, Thorgy’s exit comments indicate she might give Milk a run for her money whenever she makes her inevitable “rutern.”)

The signal that All Stars 3’s editors were focusing on Milk’s rapidly spoiling reputation happened early on in episode two. When the queens all entered the workroom the day after the premiere’s variety show, Milk started saying that she thought everyone did a really good job — a very sweet and pragmatic gesture, frankly — until Chi Chi called her out.

“I thought about it, and actually, there were other people that didn’t show as much talent,” Chi Chi said, to Kennedy’s delight. “I just felt like it really wasn’t much talent there besides that it was your original song.”

It’s not an unfair critique of Milk’s paper doll number, in which she attached various outfits to a tan bodysuit during a lip sync. Trixie probably summed up the critique best with a killer one-liner — “Milk, your talent can’t be velcro” — but it’s a little much. Especially since it first came from Chi Chi, whose flat-footed, clompy baton routine drew perhaps the harshest critiques of any of the performances in the premiere.

And here’s where things start to turn sour for Miss Milk. In a cutaway, she responded to Chi Chi, saying her original song — an ode to the life-changing magic of a quick wardrobe swap — is going to be a bigger hit than RuPaul’s “Supermodel.” Milk delivered this line just dryly enough and with just enough hang-time for the air to become palpable with the audience’s hatred. But then, Milk’s shit-eating grin revealed it was just a badly delivered joke.

It’s a small exchange, but it indicated something larger about this episode: We’re not supposed to like Milk right now. Rather than paint Chi Chi as someone who’s taking swings at people who performed better because she’s got her back to a cliff, Milk somehow ends up coming off as the bad guy. And Milk’s tantrum later on in the episode made it clear why those seeds were planted early on.

The year’s most absurd tantrum award goes to

In the main challenge of the week, which prompted each queen to impersonate a different diva, Shangela absolutely killed it. As an aloof, mildly confused Mariah Carey, she was a standout — until BenDeLa took the stage as an absurdly vulgar Julie Andrews, of course.

Then, on the runway, Shangela swapped out her trademark box for a giant, plastic bubble, looking like a sci-fi punk princess on her way to rescue Dorothy from Oz. When Ru announced she was in the top three, it was no surprise whatsoever. Nor was it a surprise when she announced that BenDeLa and BeBe, who played Diana Ross, rounded out the top three.

Well, it wasn’t a surprise to most viewers, at least. But when Ru said that Milk, Trixie and Aja were merely safe, Milk lost it.

“This is fucking ridiculous,” she muttered to the other two from the back of the stage. “I hate this. ... Those three? Really? It’s fucking stupid.”

The judges’ remarks comparing Shangela’s glow-up from season three to a Beyoncé-like emersion from a cocoon only made things much worse. Once Milk returned to the workroom, we finally saw why Milk’s been built up to be unlikeable thus far: She had a full-on meltdown reminiscent of Farrah Moan’s highlighter-related tantrum in season nine, simply because the judges didn’t compliment her.

“I was in character the entire time, and to be standing on that stage and not be commended for it,” Milk said, tearfully. “I was so excited to get up there and hear what they thought of my performance and what they thought of my RuDemption look, because in season six all they wanted to see was glamour ... I want them to congratulate me.”

In a cutaway, Trixie rightly noted that it was “a lot of emotion for ‘safe.’”

“When I do a really great job — call me selfish, but I want to hear it,” Milk said.

On the one hand, I totally understand the need for validation from those you admire, especially when you’re trying so hard to show that you’ve improved — but come on. She did fine. Her Céline look was a bizarre choice, and her runway look was, again, fine. It was a gorgeous gown, but it wasn’t too imaginative of a look, nor did it really communicate anything about Milk as a character beyond “pretty.”

It truly was a strange, revealing meltdown that indicated just how insecure Milk still feels about her performance on season six. Since she was — much to her overdramatic chagrin — safe this episode, she’ll be back for episode three. Unlike Thorgy — her own worst enemy, really — who Shangela ultimately sent home upon winning the lip sync. And if Milk’s arc this episode was any indication, she might be shaping up to be next week’s villain. Here’s to hoping she can stick around longer than Morgan.