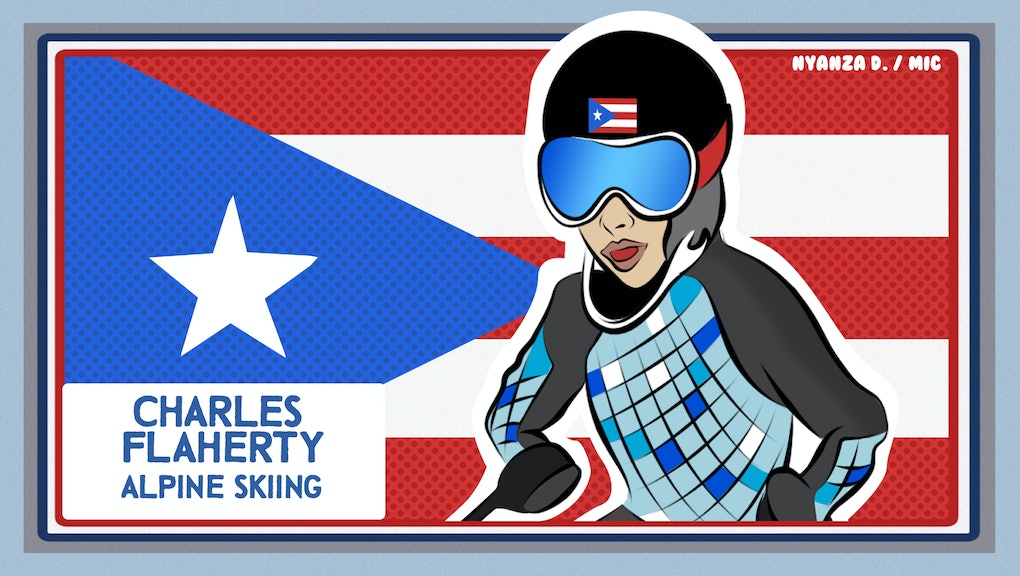 For the past 20 years, Puerto Rico hasn’t sent a single athlete to the Winter Olympics. That’ll all change come the 2018 Winter Games in Pyeongchang, when 17-year-old Charles Flaherty will compete as a representative for the U.S. territory.

Some history: Puerto Rico ended its participation in the Winter Olympics in 2002, when one of its bobsled competitors was deemed ineligible to compete by the Puerto Rico Olympic Committee. Since the incident, other athletes have attempted to represent the island in the winter games, but none, until Flaherty, received the committee’s approval.

Flaherty and his family moved to the island in 2010, fulfilling one of qualifications for representing Puerto Rico. Born in Cincinnati, Ohio, he was granted a temporary six-month affiliation with Puerto Rico’s Federation of Winter Athletes so he could participate in the Winter Games. Flaherty has been competing professionally for four years; at the Winter Games, the alpine skier will be judged in the giant slalom event.

Flaherty doesn’t have much of an internet presence, both in terms of his personal life and his skiing experience. In 2014, his mother, Ann Flaherty, wrote about her younger son’s bone marrow transplant, for which Flaherty was the donor. “[The brothers] have this story together that depicts Charles as a hero,” Ann wrote the Cincinnati Children’s Hospital blog in 2014. “But he has insisted from the beginning that he is not a hero, rather, his little brother deserves the credit because he’s the one who endured so much and fought hard to overcome [hemophagocytic lymphohistiocytosis].”

Flaherty himself encourages adults to join the bone marrow registry through BeTheMatch.org or the Icla da Silva Foundation. The skier says that “enduring two weeks of being sore is worth it to save a life.”

When to watch Charles Flaherty compete:

Flaherty was not expected to medal in his events. He placed 73rd in the competition.