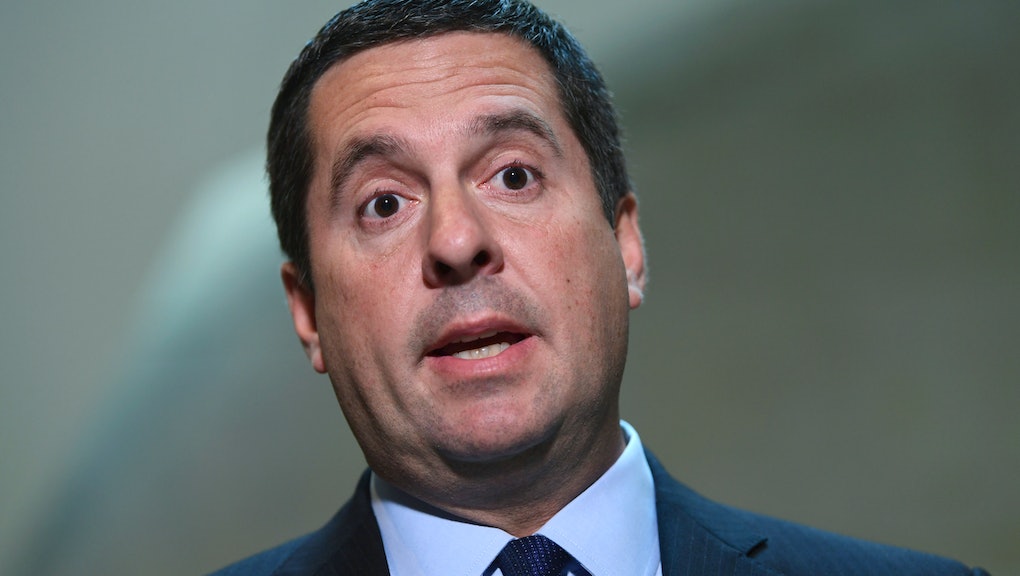 The controversial memo by Rep. Devin Nunes (R-Calif.) alleging misconduct by the FBI and Department of Justice is “legally and logically irrelevant,” a former federal prosecutor said Friday after its release.

“This is advocacy, and not particularly sophisticated advocacy,” Patrick Cotter — now an attorney at Greensfelder, Hemker and Gale — told Mic in an email. “Not impartial legal analysis.”

The four-page memo alleges that the FBI and Department of Justice improperly relied on the salacious dossier compiled by former British spy Christopher Steele to obtain a Foreign Intelligence Surveillance Act warrant on Carter Page — an aide to the Trump campaign who admitted he met with Kremlin officials in 2016.

Trump fired Comey in May 2017. McCabe announced this week he was resigning his post after months of pressure from Trump. And the president on Friday signaled he may attempt to oust Rosenstein, who is overseeing the Russia investigation.

“You figure that one out,” Trump told reporters after being asked if he was confident in the deputy attorney general.

Trump authorized the release of the memo Friday, hours after tweeting that federal law enforcement leaders have “politicized the sacred investigative process in favor of Democrats and against Republicans.”

But according to Cotter, the memo leaves out information that would be critical to determining if the FISA court ruling was correct.

“What was the complete information presented to the FISA court?” Cotter said. “To leave that out, and to then suggest that some other information should have been given to the court, is facile but legally and logically irrelevant. No one can decide whether the FISA court ruling was correct until they review the whole application. Only then can anyone rationally decide whether the supposed additional information would have been meaningful or necessary.”

Democrats have sought to release a “response memorandum,” but House Republicans have blocked them in what Democrats on the House Intelligence Committee said in a statement Friday afternoon is a “transparent effort to suppress the full truth.”

“The Republican document mischaracterizes highly sensitive classified information that few members of Congress have seen, and which Chairman Nunes himself chose not to review,” the statement said. “The sole purpose of the Republican document is to circle the wagons around the White House and insulate the president.”

Other top Democrats, law enforcement officials and even some Republicans also slammed the decision to release the memo. The FBI was also against its release, saying in a statement earlier this week that key omissions “fundamentally impact the memo’s accuracy.”

But Trump and his allies, including Page himself, already appear to be rallying around the document, which the president reportedly believes could help him undermine special counsel Robert Mueller’s Russia probe.

Republicans have been seeking to delegitimize the investigation into Trump by suggesting that it began with the Steele dossier by Fusion GPS. But the New York Times reported in December that the probe was actually spurred by comments campaign aide George Papadopoulos made while intoxicated to an Australian official in 2016 — which the Nunes memo seems to confirm.

“The Page FISA application also mentions information regarding fellow Trump campaign adviser George Papadopoulos, but there is no evidence of cooperation or conspiracy between Page and Papadopoulos,” the memo reads. “The Papadopoulos information triggered the opening of an FBI counterintelligence investigation in late July 2016.”

Page, who has long been a subject of scrutiny in the Russia investigations, said in a statement Friday that he would be “updating my pending legal action” against the DOJ in light of the memo.

After declassifying the memo, Trump told reporters he considered the contents of the memo “terrible.”

“I think it’s a disgrace,” Trump said. “A lot of people should be ashamed.”

But critics said that there was key information missing from the document, and that its release could endanger federal law enforcement.

“FISA is, by definition, where the nation’s most sensitive investigations are often rooted,” Cotter told Mic. “To expose secret and highly sensitive information, including the names and procedures associated with a FISA  surveillance application, for political or public relations purposes, as opposed to after court review and appropriate protections having been put into place, is stunning and unprecedented.”