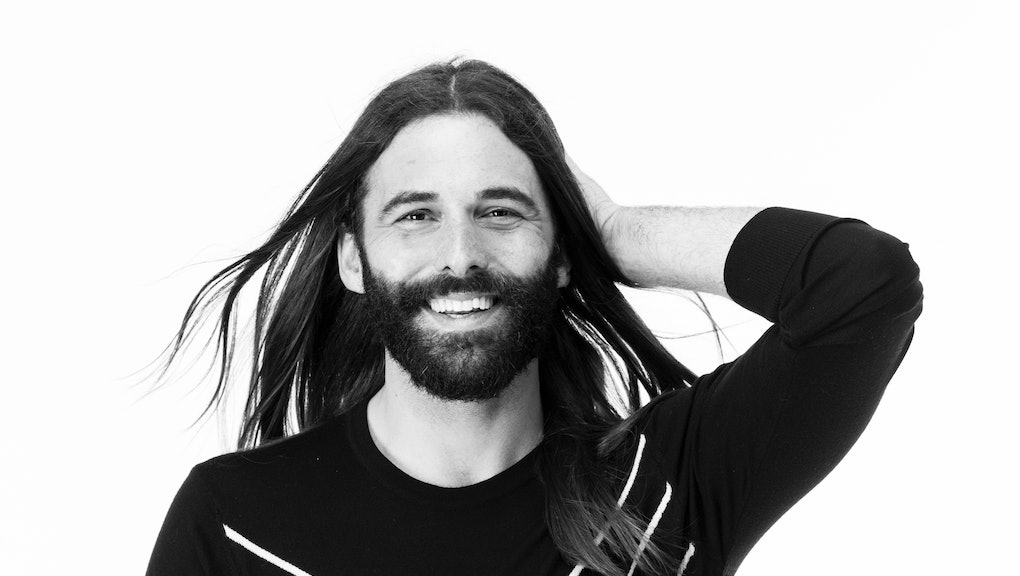 On Wednesday, Netflix’s resurrection of the early-aughts makeover show Queer Eye for the Straight Guy — this time around, simply titled Queer Eye — will be available for streaming in full.

Instead of the original “Fab Five,” who offered sloppy straight guys help in overhauling their appearances and habits, the reboot features a brand-new cast of queer men, each of whom revamp a different aspect of the contestant’s life: Tan France (fashion), Antoni Porowski (food and wine), Karamo Brown (culture), Bobby Berk (interior design) and Jonathan Van Ness (grooming).

The first series, though wildly popular, is admittedly divisive. It’s often credited with exposing wide swaths of America to then-modern-day gay men, but it’s also been criticized for presenting an oversimplified, finger-snap-heavy portrait of what gayness looks like. This presented a challenge to Netflix when it decided to bring the series back: Now that the landscape surrounding gay men — and LGBTQ issues more generally — is so wildly different, what should 2018’s version of Queer Eye look like?

“I kind of feel like in the first show, there were a lot of times where [the person receiving a makeover] would have a beard and [the guys] would just cut it off for the sake of cutting it off,” Van Ness, the show’s new hair and skin expert, said in an interview with Mic. “It was more surface.”

This critique of the original show’s superficiality was seemingly a common sticking point among critics when the idea of a reboot came about. To its credit, Netflix hasn’t shied away from this conversation, and in fact has integrated its more nuanced vision for Queer Eye into the show’s marketing. “The original show was fighting for tolerance,” fashion expert France said in a recent Queer Eye trailer. “Our fight is for acceptance.”

To that end, the entire reboot is based in the not-so-accepting South — in Georgia, specifically.

And though the reboot necessarily relies on dramatic before-and-after shots, its most impactful moments are based in the emotional effects of these transformations — both for the targets of the makeovers and the Fab Five themselves. Van Ness said that was the reason he agreed to be a part of the show in the first place.

“That’s what made it click and what made me go, ‘Yeah, I want to do this,’” Van Ness said. “Because that’s what I experience every day in the salon. Very rarely is it like, OK, [let’s] do your haircut and then [you] leave. When someone comes in and they’re like, ‘Cut all my hair off,’ I’m like, ‘Well, what are you going through?’ ... There’s usually something going on behind your need to want to do this drastic change.”

In the series premiere, the boys are tasked with making over Tom, a 57-year-old from Dallas, Georgia, whose face is shrouded in dirty ball caps and an overgrown beard. Rather than totally shave the beard off — partly because it’s helping to conceal butterfly rashes caused by Tom’s lupus — Van Ness focuses more on trimming it down and teaching Tom how to improve himself rather than morph him into something he’s not.

“This is about a beard-grooming moment,” Van Ness said. “I wanted these makeovers to make sense for the client, and if that means it’s not that big of a change, well that’s what it means. And so much of men’s grooming is in detail. And I’m totally down with that.”

In considering how he’d change each person’s hair on the show, Van Ness recalled a lesson passed down from a former boss.

“Just because you’re an American, doesn’t mean you Amerishould,” he said.

Van Ness has an endless supply of quippy one-liners like that one, and it’s his skill for ad-libbing — perhaps best demonstrated in his comedic Game of Thrones recap web series, Gay of Thrones — that infuses Queer Eye with much of its electricity. Since Queer Eye takes place entirely in conservative Georgia, Van Ness said his queerness attracted some not-so-great attention, too. But as a native of rural Illinois, it didn’t shake him too much.

“When we were in a lot of rural Georgian towns and you see a pink crop top on a bearded, long-haired, [6-foot-1-inch] skipping gay man because I was just, like, really feeling the haircut I just did — I think it was more of a culture shock for some of the people that were outside of Atlanta than it was for me,” Van Ness said. “Because that feels like home to me.”

These clashes with Georgia’s conservative nature aren’t kept offscreen: In fact, it’s often a source of the show’s main conflicts. In one episode, Brown — the Fab Five’s only black man — confronts Cory, a Trump-supporting police officer, over the clashes between police and the Black Lives Matter movement. That episode opens with an uncomfortably tense prank in which the the guys, with Brown in the driver’s seat, get pulled over by Cory’s co-worker and best friend, spurring Van Ness to whip out his phone and film the encounter in case things go south.

Eventually, Brown manages to find common ground and bond with Cory, explaining why the prank feels like such a violation. It’s emotionally charged moments like these that led Van Ness, in his conversation with Mic, to compare Queer Eye to another beloved reality show: The Great British Bake Off, the BBC reality competition show that, at the end of the day, values pleasantness and joy over just about anything else.

“Even though there’s a lot to be frustrated about in our lexicon of America now, I think you can’t ignore those things, but we [address them] in such a fun way,” Van Ness said. “It’s like a British Bake Off loving moment in a political 2018, but on a makeover show.”